A walk around the garden yesterday revealed so many interesting blooms for mid-September, I wanted to continue documenting the state of the garden as Autumn approaches.

Salvia ‘Blue Sky,’ a “bring-along” plant from the former Wave Road garden, sometimes spreads too much for its surroundings, but it is easily manageable. Reaching about 5 feet tall, it brings height and a cottage-like feel to the garden to the southern section of the border. 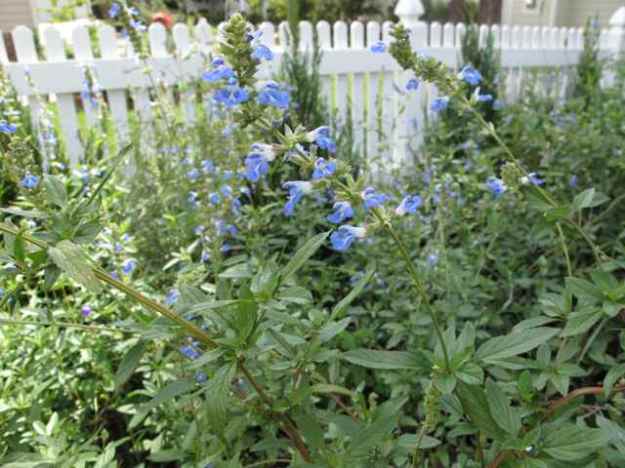 In the same area an old-fashioned sweet pea is paired with the ‘Blue Sky’ salvia evoking a nostalgic effect. This pairing occurred through happenstance, rather than planning. The sweet pea also made its way here from the Wave Road garden.  It was one of many “pass-along” plants from a dear cousin. 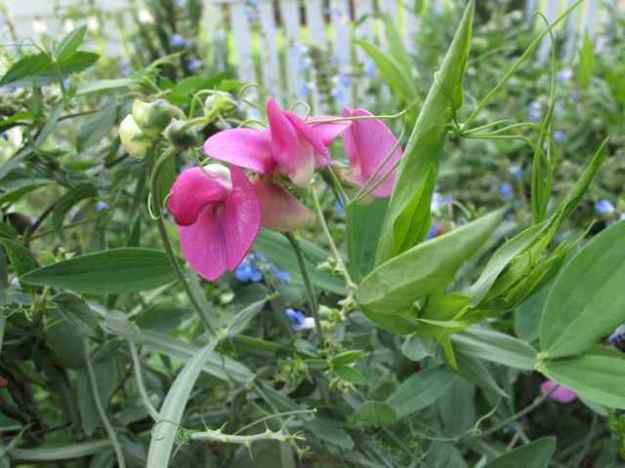 Not blooming, but worth a mention here while visiting the southern border, is this year’s new evergreen privacy hedge. The five ‘Blue Point’ Junipers installed in late February are growing well. They were chosen because they are deer-resistant and drought-tolerant and this seems to be the case. After these junipers were planted, the fence was added also as part of the garden renovation project. It is hard to remember how bare this area looked before these improvements.

A few feet down the border is a small stand of Salvia guaranitica ‘Black and Blue.’  This salvia blooms well when given plenty of water and recents rains have brought out a plethora of deep richly-hued blue flowers. 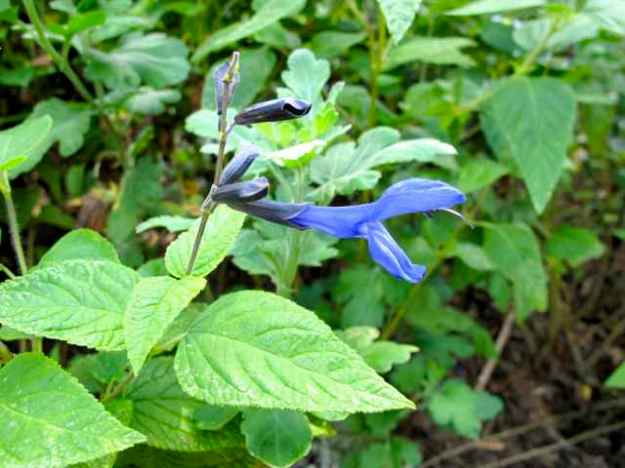 Tanacetum vulgare (Common Tansy), a pass-along plant from a former work colleague, has a pretty little yellow flower this week.  Skin contact with tansy causes a rash. A non-native it also is fairly aggressive and is difficult to remove once it spreads. 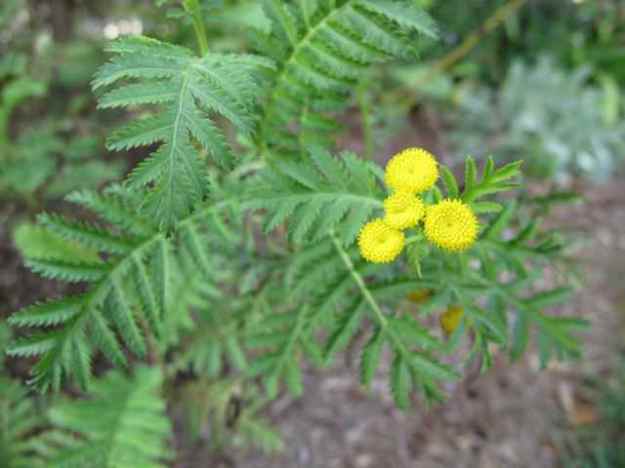 The heat and drought set in just as the red gladioli should have bloomed this summer. They dried up quickly.  Apparently this one bid its time and waited for more moderate conditions. Discovered too late to bring inside, the gladiolus hid itself and is leaning into a large group of woody-stemmed chrysanthemums, which will have yellow blossoms in mid-October.

A surprise Monarda (Bee Balm) in the side garden contributes a spot of deep red next to an underperforming Pink Muhly Grass.

Mid-September Blooms will be continued.