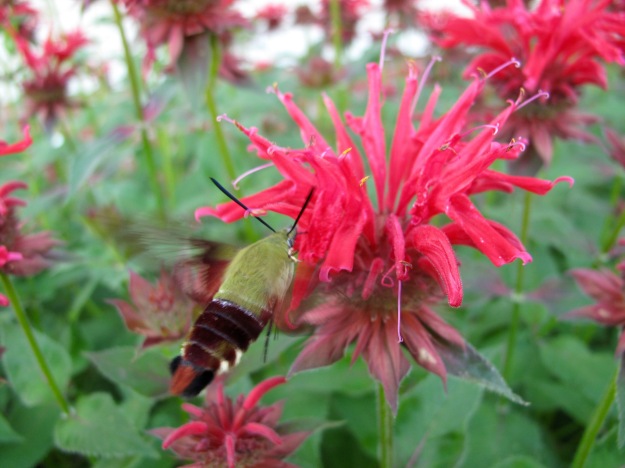 A Hummingbird Moth was attracted to the scarlet flowers of Monarda didyma yesterday morning. I did not notice there actually were two moths until I saw the photograph below.

The garden at mid-June is hanging on by a thread, or rather hanging on by a hose. If not for early-morning watering many plants would be crispy and brown, the way the grass is becoming. Fortunately a few things, like Monarda, are tolerant and seem to manage fine.

Rain would help, but with none in sight, heat is the main story this week. Today it is already 95°F/35°C at mid-afternoon. Expected highs on Monday and Tuesday are 98°F/36.6°C and 99°F/37.2°C—unusually severe for this early in the summer.

Alliums are generally short-lived in my garden but this group of Allium Atropurpureum has managed to return for the past couple of years.

Last night I made an unexpected discovery on the back side of a border, a rabbit nest I think. Never identified much with Mr. McGregor and I will not be running around with a hoe, but I am definitely keeping the little blue velvet jacket if Peter snags it on the fence. 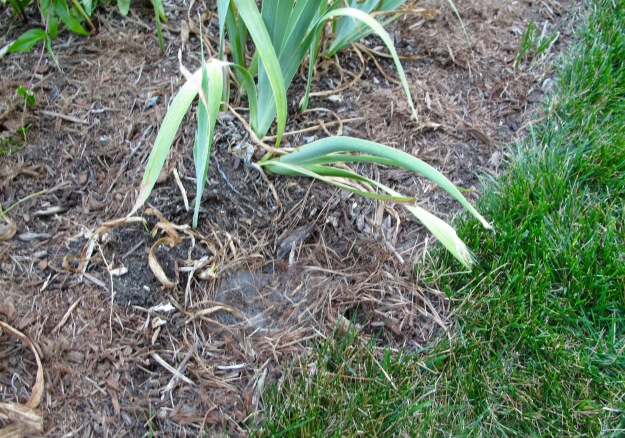