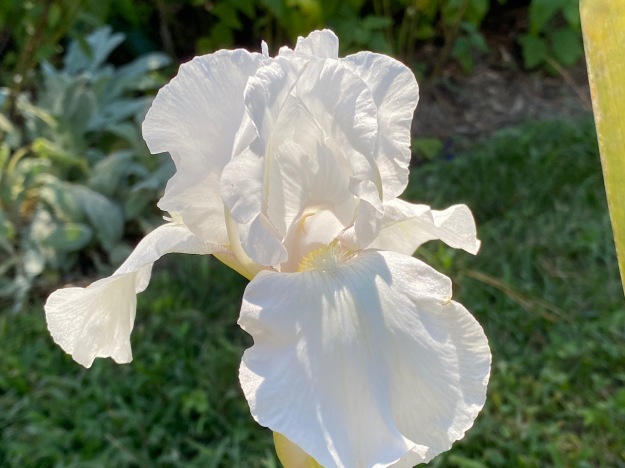 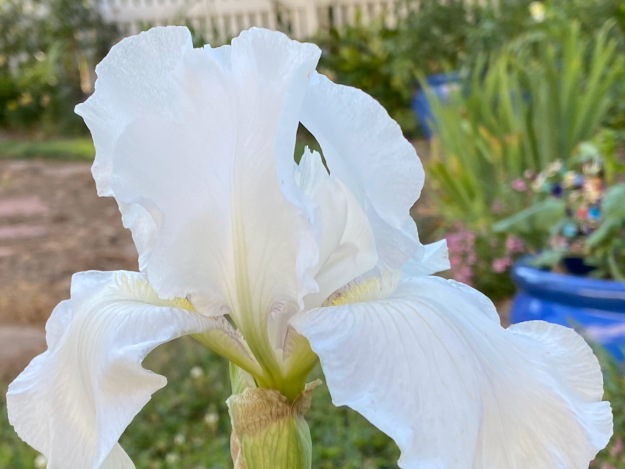 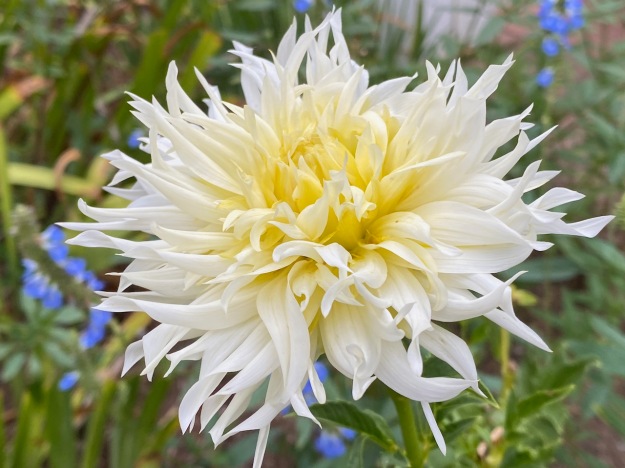 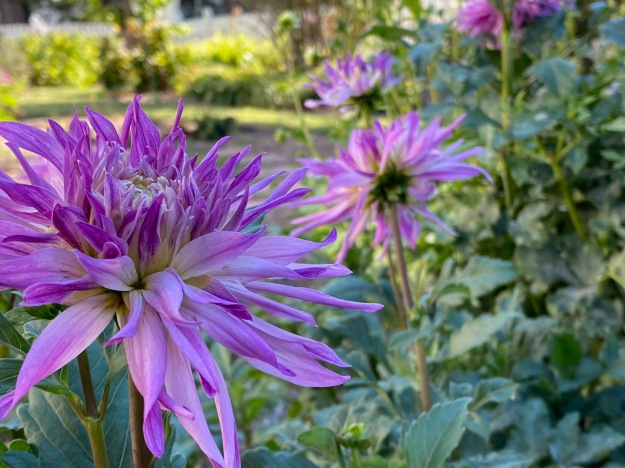 Dahlias From The Garden – No ID 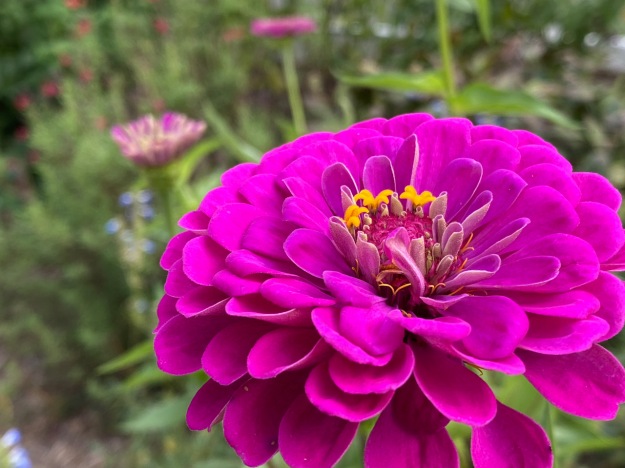 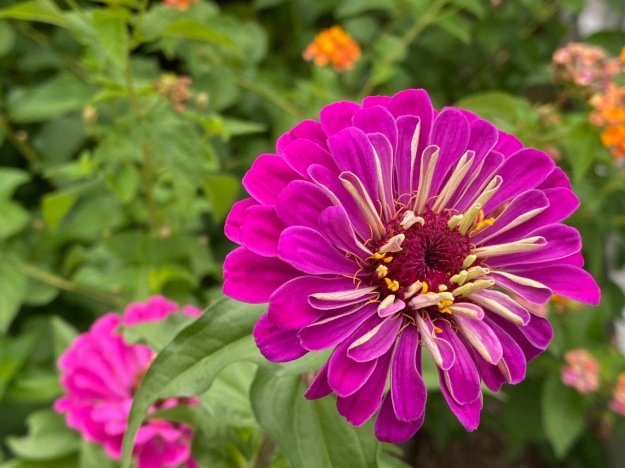 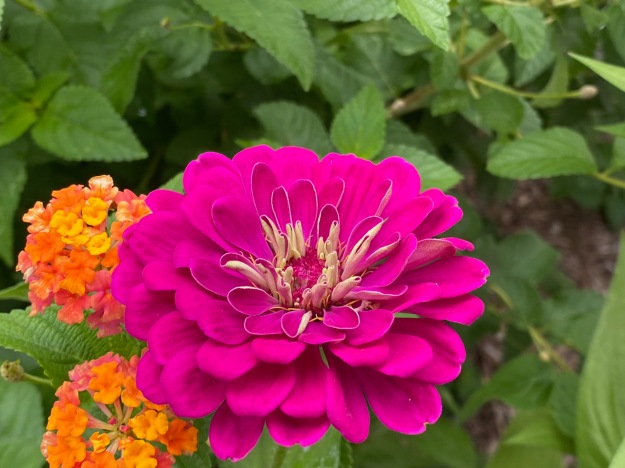 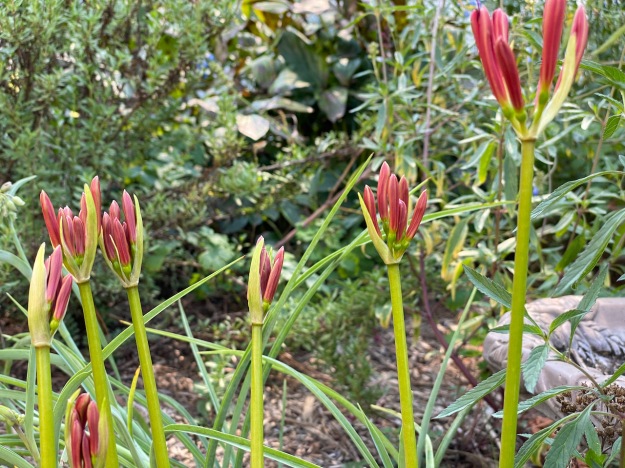 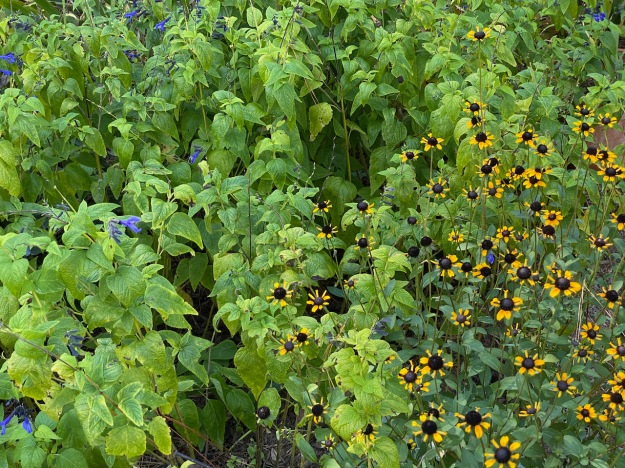 On the first day of September a serendipitous sun shower in late afternoon was followed by a quite stormy evening. That night the garden received a refreshing inch of rain. Now a mere week has passed without rain, but the effect on the garden was immediate. All of the borders are browning, shriveling and retreating as plants lose their vigor.

Though the days are still warm, the nights are noticeably cooler and the amount of daylight is decreasing. Responding to these signals, the changes in length of day, temperature and moisture, the garden appears to be receding.

Rarely do I water the garden, but I would like to prolong this year’s flowers a few more weeks. With no rain in the forecast for another five days, I walked out soon after dawn to apply some selective relief. At that early time of day the neighborhood was luxuriously quiet, interrupted only by pleasant birdsong and rich tones from wind chimes catching a gentle breeze.

Cardinals and hummingbirds went on with business as I carried around the hose. As bees have been mostly absent this summer I was surprised to see a large number of bumblebees. Two American Goldfinches, brilliant yellow, each stood atop Purple Coneflower seedpods surveying the bounty.

With the watering done I walked the meditation circle, then used the camera to make notes of the morning.

There still are some flowers to enjoy. The garden has two Rudbeckia hirta ‘Irish Eyes’ and one is completely spent, yet the other at the bottom of the southern side path continues to bloom profusely. 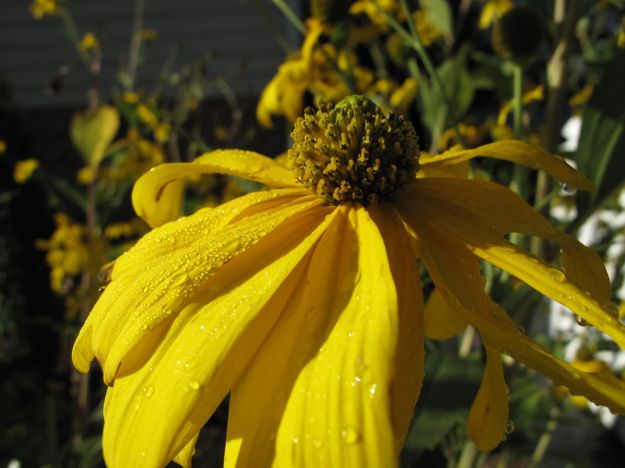 Hummingbirds and butterflies are attracted to Phlox Paniuclata, which thrived with all the rain this summer. No deer bothered jumping the fence to get to it either, a first in many summers. 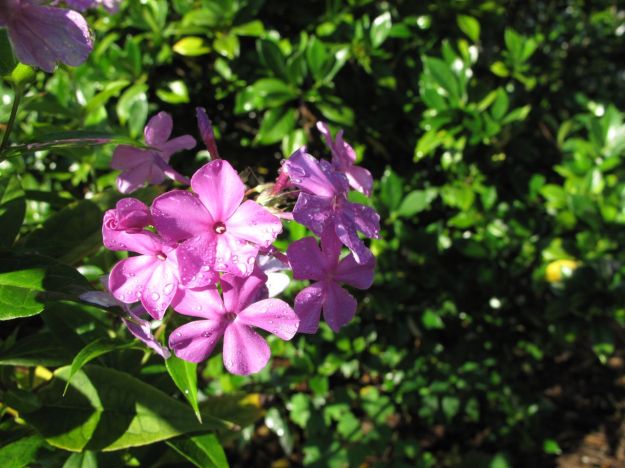 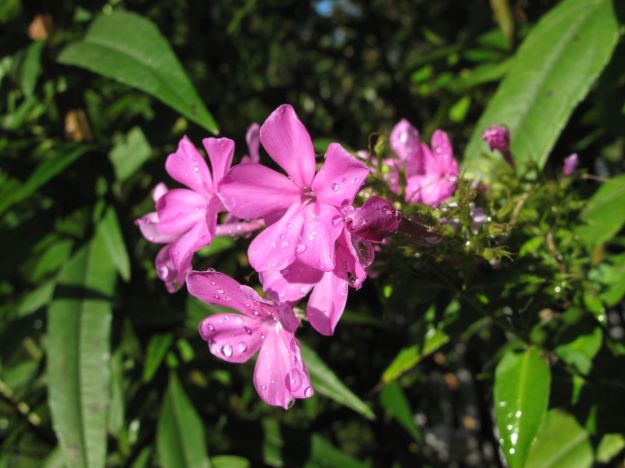 Orange Coneflower is one of the plants that began sagging so much this week without water. One would expect this native plant to be more drought-tolerant than a week.

Cleome bloomed well all summer. Though many have dried up and formed numerous seedpods, a few are just beginning to bloom. 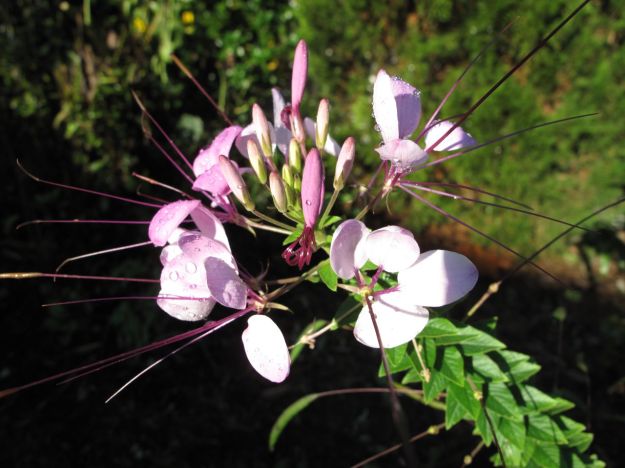 Zinnias look bright and colorful against the back fence and draw butterflies to that corner of the garden. 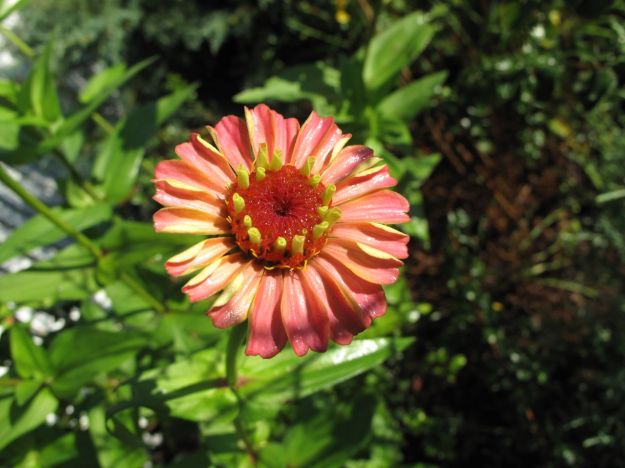 Though many stalks and leaves are now brown, some foliage remains in good shape. Columbine, which had all been cut back after flowering, now has formed gentle mounds in (too) many places. Some of the leaves are taking on a slight reddish tinge. 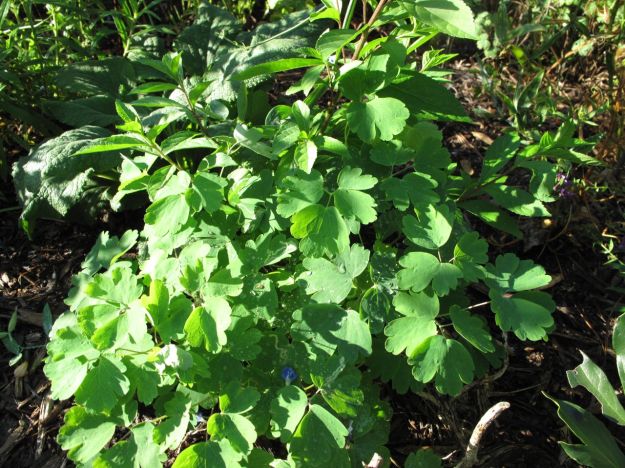 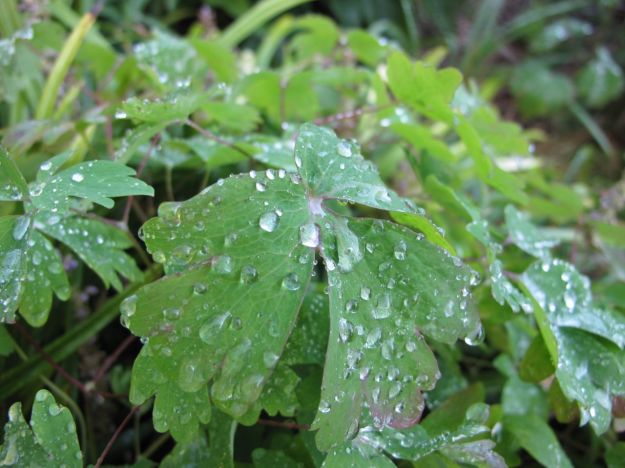 Baptisia and Artemisia team up nicely along the southern side path. The rains this summer really brought the Baptisia along this year. 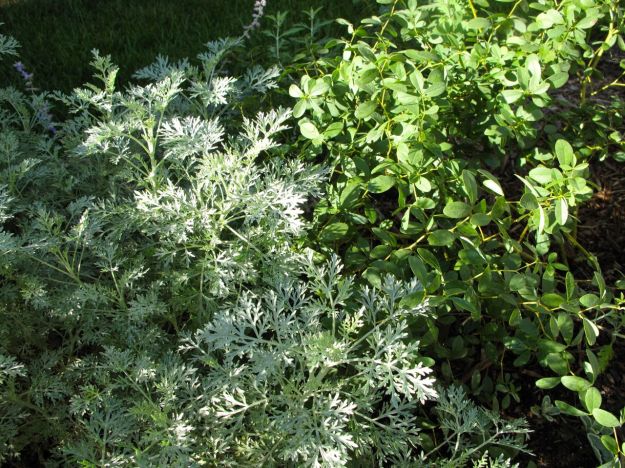 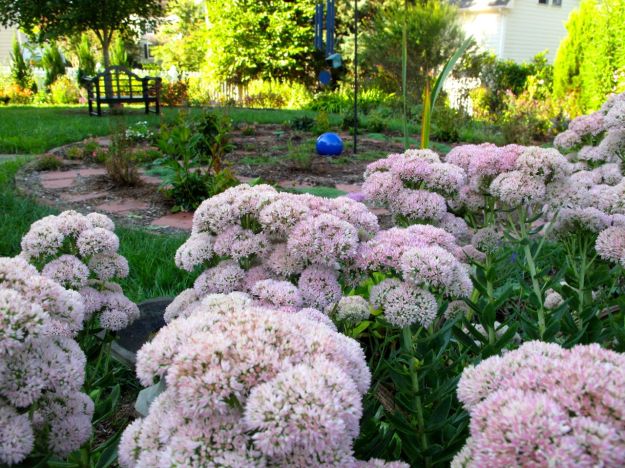 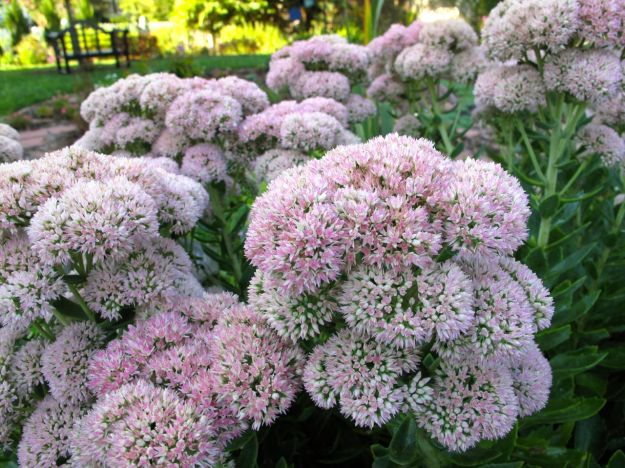 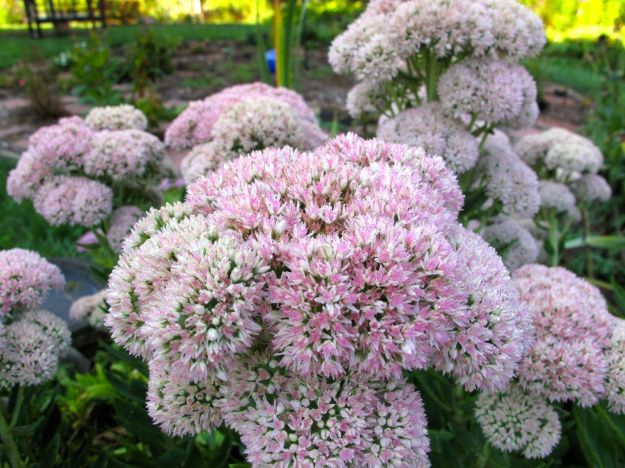 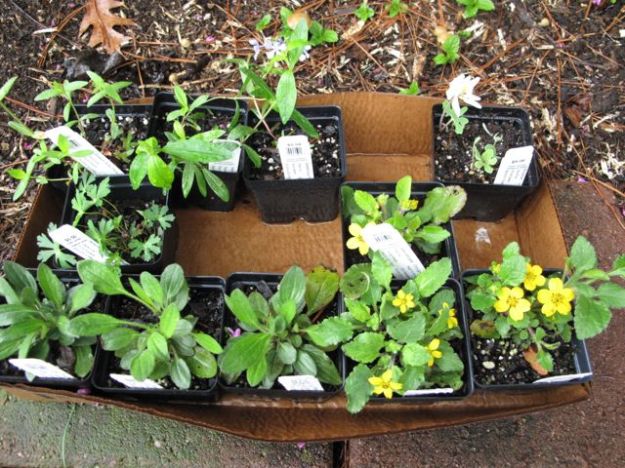 After wandering through the NC Botanical Garden yesterday, I stopped by the garden’s plant sale to select a native plant or two—but who can count when it comes to adding more plants to one’s garden?

It has rained all morning and thunder is rumbling now, so these little natives will have to wait a little longer to be set into the earth. It is a good time though to make a record of the new plants, along with a few notes from the tags. 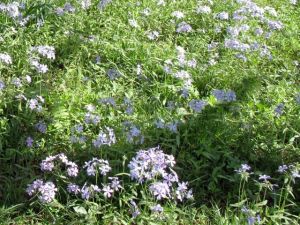 These phlox are already blooming profusely at NCBG. 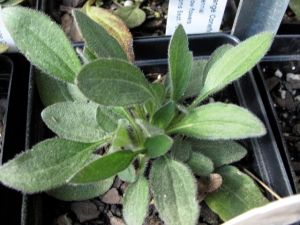 Provides nectar for butterflies and seeds for birds. 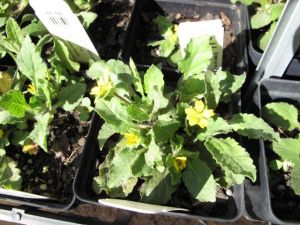 I have never had success with Green and Gold, but have admired it in many places so decided to try again. 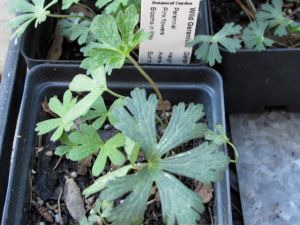 I have not had success with Wild geranium in the past either but it seems like one of those plants every garden should have. 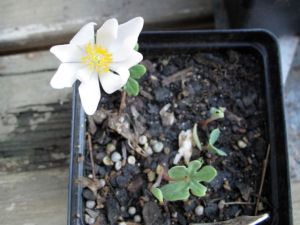 Red sap in the underground stems is the source of the common name, Bloodroot.