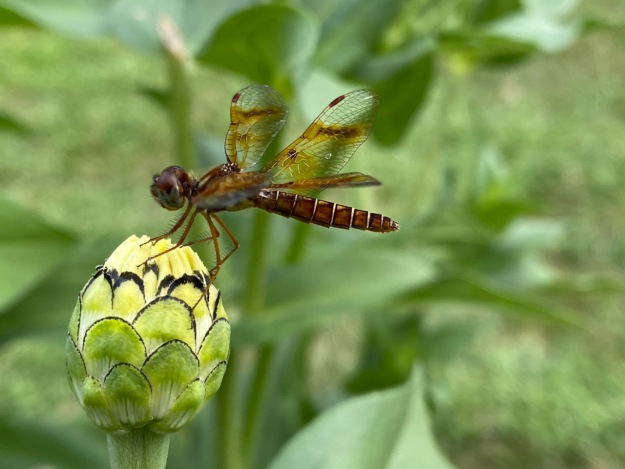 Yesterday, August 28, 2021 I came across another Eastern Amberwing (Perithemis tenera), a female this time. She was very interested in the budding zinnia, which in turn called my attention to the flower’s intricate outline and pattern at this stage.

For comparison here the male Eastern Amberwing seen on August 22, 2021. 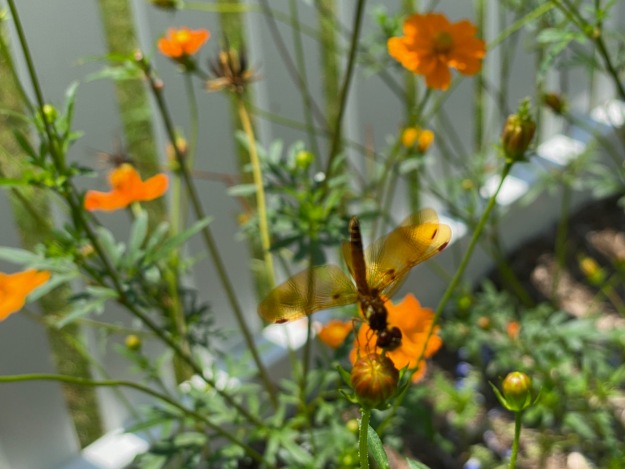 The garden has been full of dragonflies and damselflies this summer. While watching for butterflies on Sunday I spotted this attractive Eastern Amberwing (Perithemis tenera). I first saw one here in 2018 and again in 2019, skipping last year. So welcome back little pretty!

Here is what I found out about this dragonfly species.

It is very small, reaching a total length of no more than 25 mm. The males have orange or amber wings. Both sexes have a red pterostigma. The eastern amberwing dragonfly is one of the only types of dragonfly that actively mimics a wasp. The yellow and brown stripes on its abdomen encourage predators to stay away. When perched, they will wiggle their abdomen and wings in a wasp-like fashion to deter other animals from eating it. Males have an elaborate courtship ritual. When a female approaches his territory, the male will lead her to his selected egg-laying site and hover above it with wings whirring and abdomen raised.

The common name refers to its eastern range, although this dragonfly does extend westward well into the central part of the United States. The scientific name, tenera, means delicate and alludes to its small size. 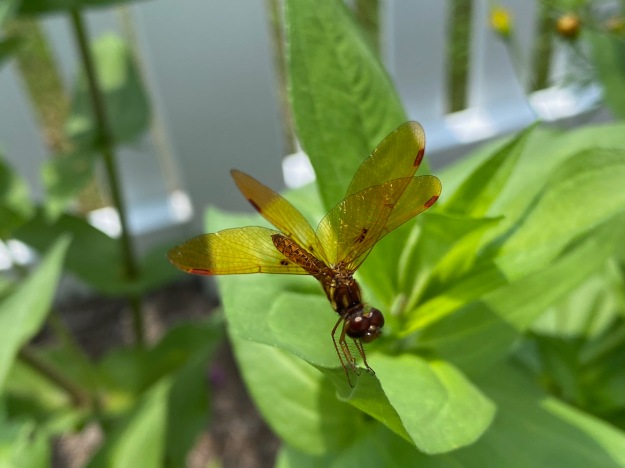