The garden was refreshed by gentle rain during the night. By noon today the grass had dried sufficiently for mowing, just in time too so visiting friends could wander around and linger in the garden. 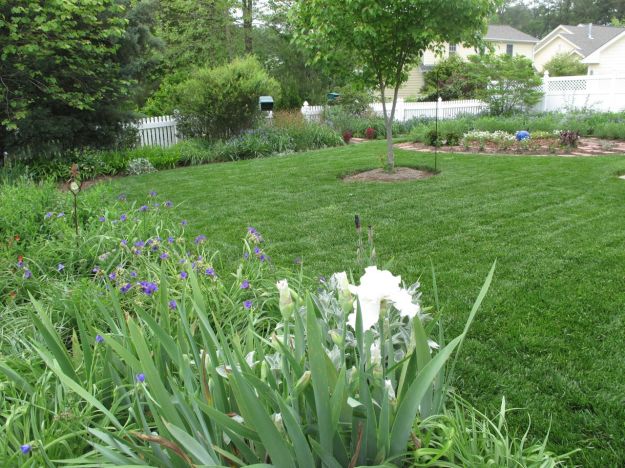 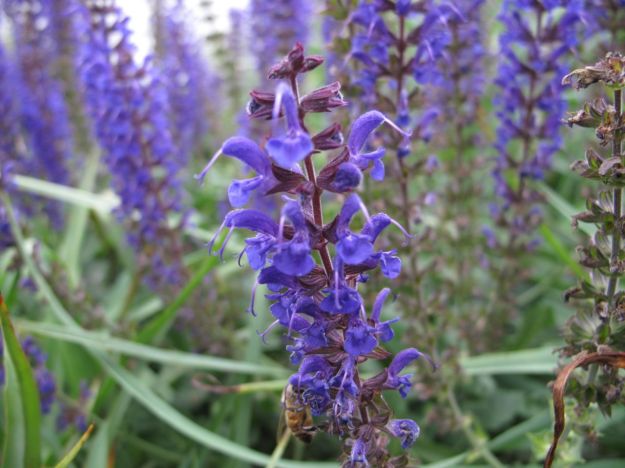 Bee On Meadow Sage ‘May Night’ 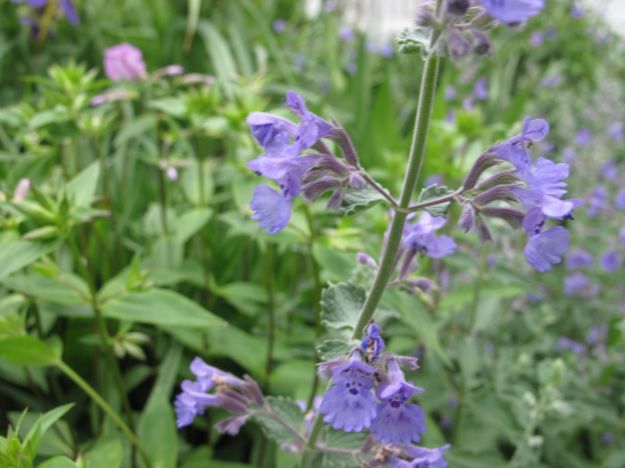 Several types of irises are blooming. Newly opened today are the pale yellow Japanese Iris, pass-along plants from a special sister-in-law in Idaho. 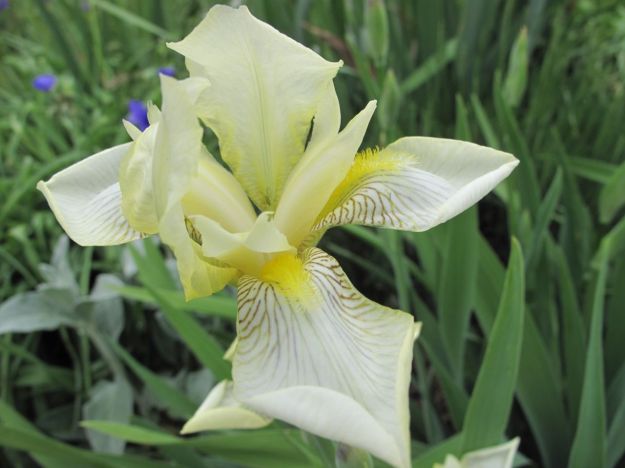 This iris with pale lavender standards and dark purple falls is another pass-along from a former neighbor. I brought this and the Japanese Iris from my first garden nearly eleven years ago to help form the foundation of this current garden. 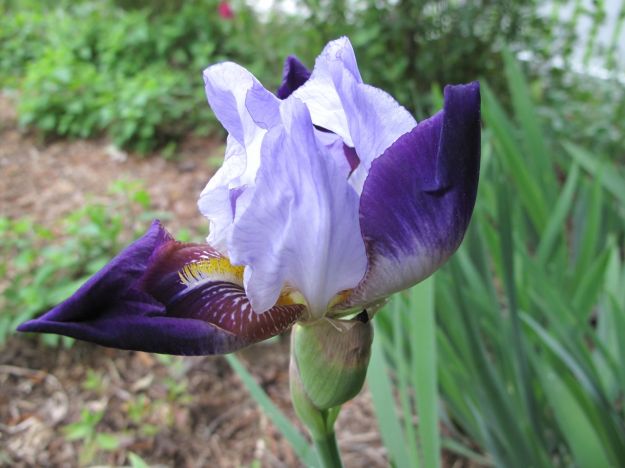 A more recent pass-along, this lovely white iris with very large flowers is from a gardening friend now serving in the Peace Corps.

I did not realize the garden had this black iris but am thrilled to discover it. It must have come into the garden at the same time as the white one above. It promises to be gorgeous.

Pass-along plants bring memories of friends and neighbors, but precise identification of these is not possible. I simply remember them by the names of the donors. Here is another iris from my old garden by way of a dear family friend. 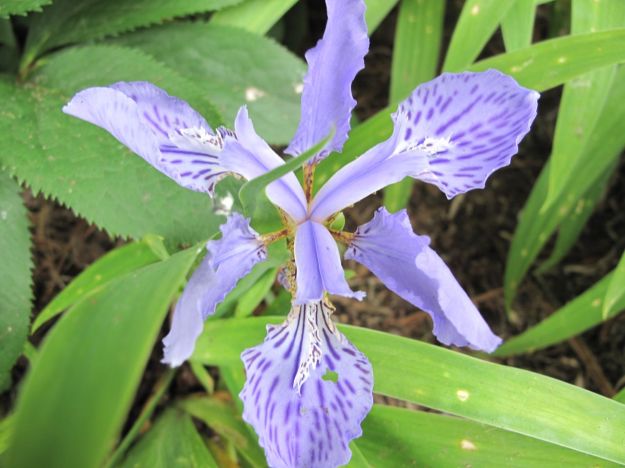 Notes on Labyrinth Wall Plantings In The Meditation Circle

The meditation circle is a year old this week and the evergreen perennials that help define the walls of the labyrinth easily survived the mild winter.

To complement the perennials, yesterday I added fifteen Angelonia ‘Blue’  between the two left-most paths. Angelonia are annuals that bloomed until October last year, providing a lush look for the meditation circle without much maintenance. Angelonias tolerate heat and humidity, are deer-resistant and do not require dead-heading. They did outgrow the narrow 6-inch space between the paths and had to be trimmed back several times, but the cuttings made lovely and long-lasting indoor arrangements.