A serene feature of this garden is a twenty-foot diameter meditation garden. Completed April 17, 2011, the meditation circle contains a labyrinth for walking meditations. A mix of evergreen perennials and annuals are used to form walls between the paths and the plantings continue to evolve.

I wrote a reflection of the meditation garden in October 2011.

Here are some scenes of the meditation garden during its first year. 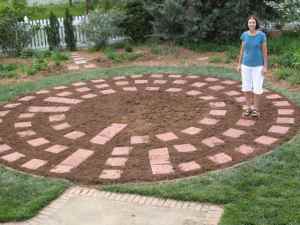 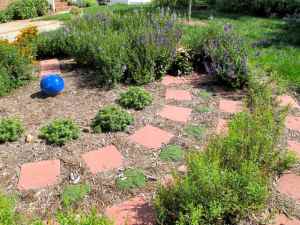 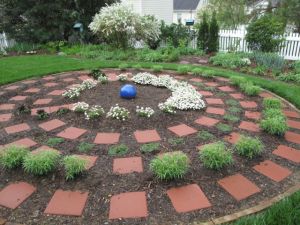 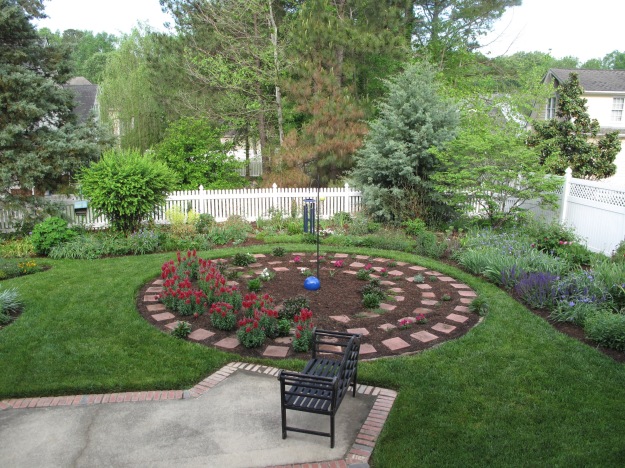