Each Monday Cathy at Rambling In The Garden invites us to share cut flowers from our gardens.

Days of generous rains are gone, but we did get a thunderstorm Sunday evening. Heat and humidity are settled in for summer.  Fireflies are out. The month of June has flown quickly past but not before ushering in a host of summer blooms.

With gladioli nearly finished, dahlias and phlox pick up the pace. 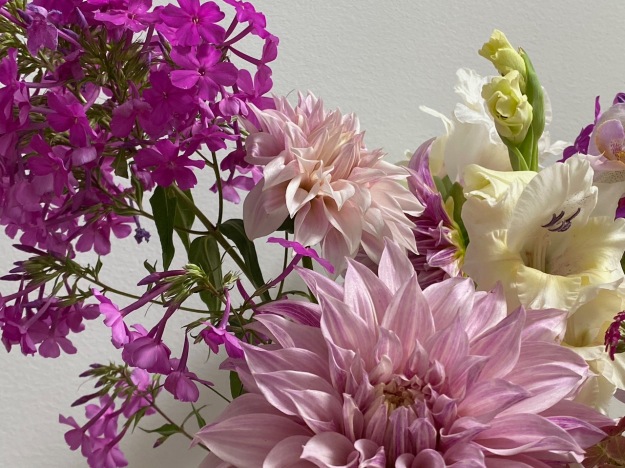 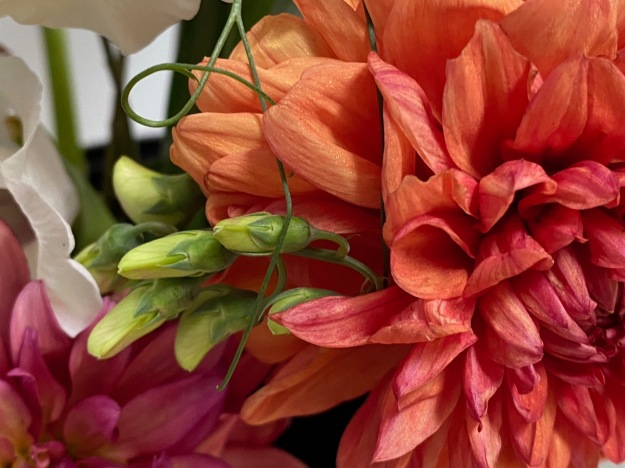 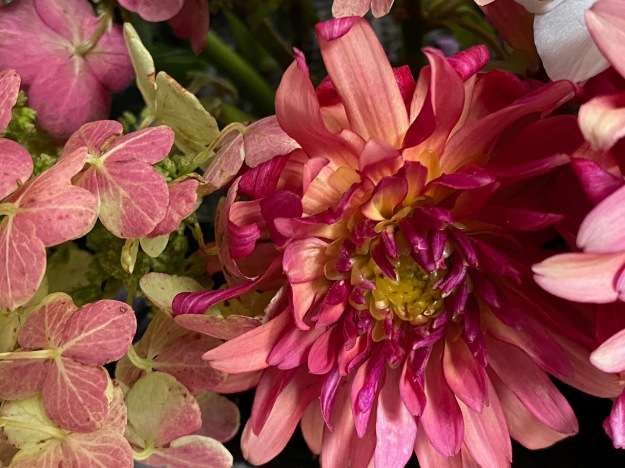 Two grocery-store moth orchids, each purchased several years ago, began reblooming in late February. One finished last week and I decided to go ahead and cut the other’s flower stalk for today’s vase. Its color details are picked up by other materials in the vase.

Today’s flowers were inserted into a large florist’s pin set in a plastic black tray, and tucked into a deep, square black saucer.  I had trouble with the composition and rearranged for more than an hour. After many iterations I ran out of time. I had planned a spare Ikebana-style design, but was too wedded to using as many of the collected flowers as possible. Lesson learned.

Thanks to Cathy at Rambling In The Garden for hosting and giving us an opportunity to share flower-filled vases across the world. Visit her to discover what she and others found to place in a vase this week. Peace.