I enjoyed seeing Chloris’ Top Ten August Blooms this morning and decided on a whim to join in this month. I have not spent enough time in my garden this year. I knew there would be zinnias and dahlias but honestly was relieved to walk around and find I could meet the requirement of sharing ten different blooms. These are what I saw today.

Flowers in my garden at early morning were still bathed in rainwater after yesterday’s storms.  Rudbeckia laciniata  is growing in three different parts of the garden. Flowers are giving over to cones, but there are a few fresh blooms. 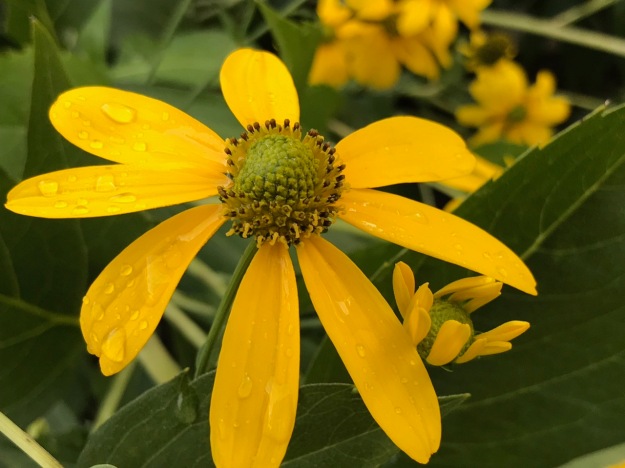 Perovskia atriplicifolia has struggled some years, but is doing well in the Southern Path.

This salvia is spreading slowly through the southern border, but never overreaches. In the past it took breaks before reblooming in cooler days, but this summer it has shrugged off dry weather and heat and kept going.

Buddleja davidii ‘Adokeep’ has been given more space and sun this year. It responded to being cut back sharply in early spring. This is invasive in some places and I would not miss having it but it has been difficult to dig out. Despite its butterfly-attracting reputation, it doesn’t seem to draw much attention. 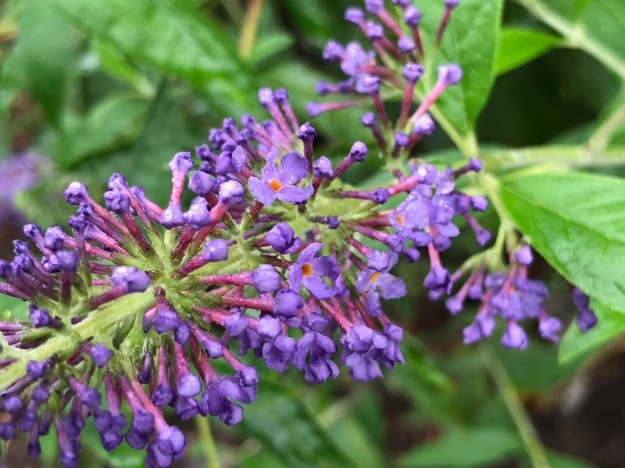 Lantana camara has been a magnet for swallowtails and other pollinators, though I saw only one butterfly this morning while I was taking pictures. 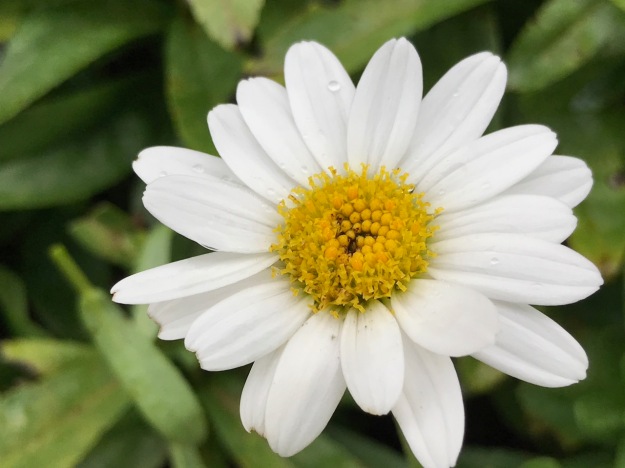 Physostegia virginiana, a passalong from my garden mentor, Virgie, began blooming this week.

Cleome has bloomed cheerfully all summer. It reseeds freely but is easy to remove.

A new addition to the garden in 2019, Crinum ‘Powellii’ looked promising as I left for the beach at July’s end. When I returned August 4 it had already bloomed.

You can see I didn’t think through the color scheme when planting the Crinum, just hurried it into the ground before weeds came any closer.

For my final selection I must share a few dahlias. Many did not survive but I enthralled with the blooms on these plants that made it. 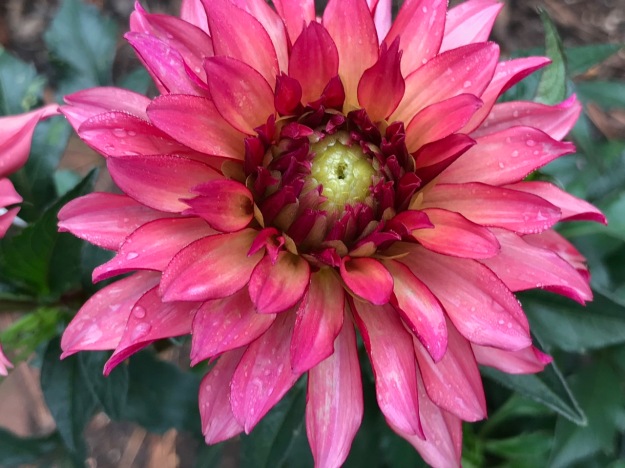 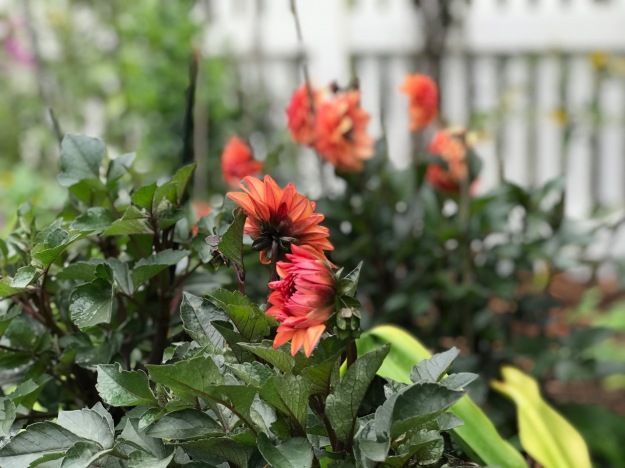 I invite you to check out Chloris’ top picks for August at The Blooming Garden. You are in for a treat with offering from her Suffolk garden and from others around the globe.