Friday and Saturday the garden gratefully welcomed more rainfall. By mid-morning Saturday the showers had stopped and I hurried out to see the first daylily blooms of the summer.

The garden is taking on a summer look. 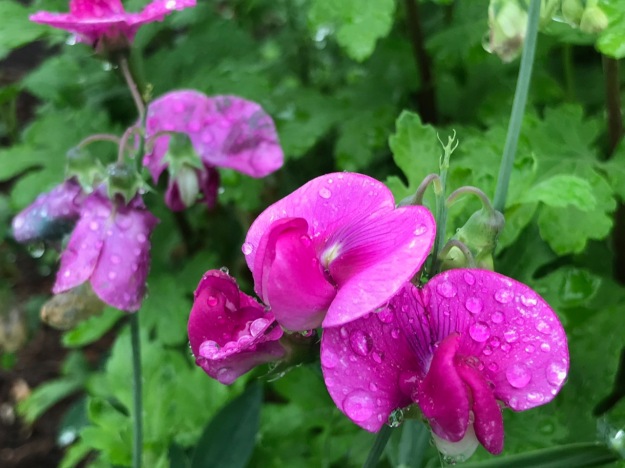 Only a few Shasta daisies have opened. There are many tight buds.

Monarda and cleome have been blooming about a week. 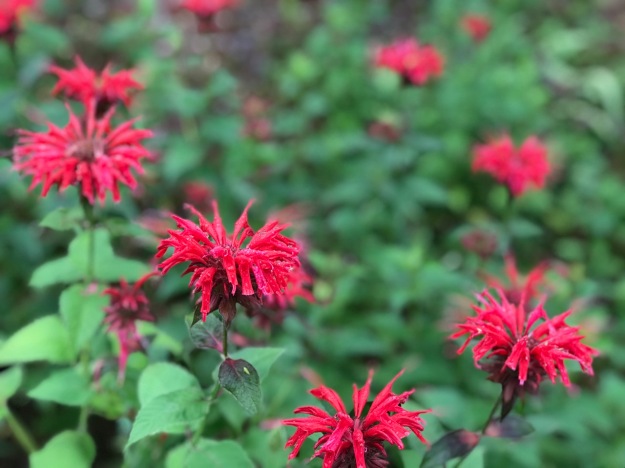 Though not very tall, much of this pink yarrow was flattened by the rain. 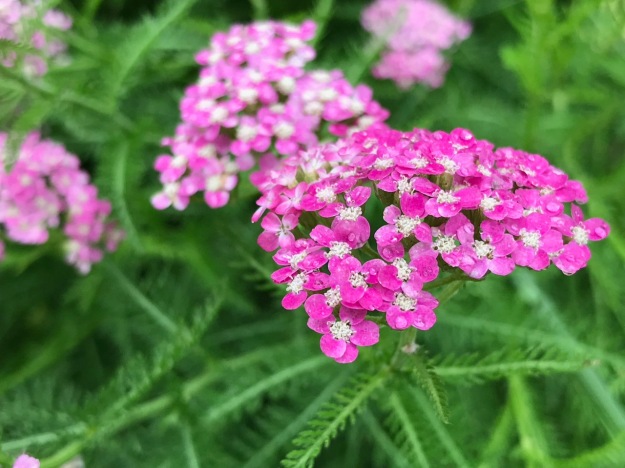 Scattered throughout the borders, Purple coneflower is having a good year. Last year it scarcely made an impact at all.

The color and form varies widely. 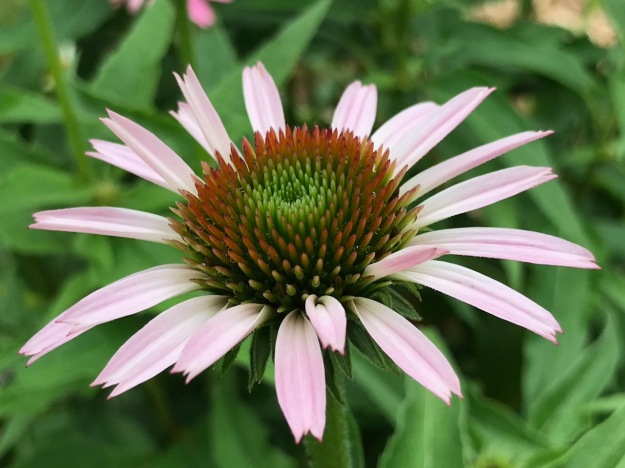 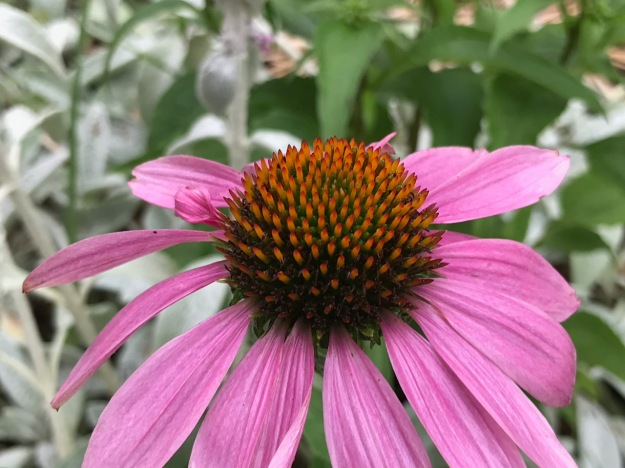 12 thoughts on “Kissed By The Rain”