Happy to see Junonia coenia (common buckeye) visiting pbmgarden today. These butterflies are reportedly common and widespread across the United States. Lavender color in the center of the eyespots is an indicator of freshness.

July 2015 marked the first time I noticed this type of butterfly in my garden. Another appeared in August 2016; none were recorded in 2017. 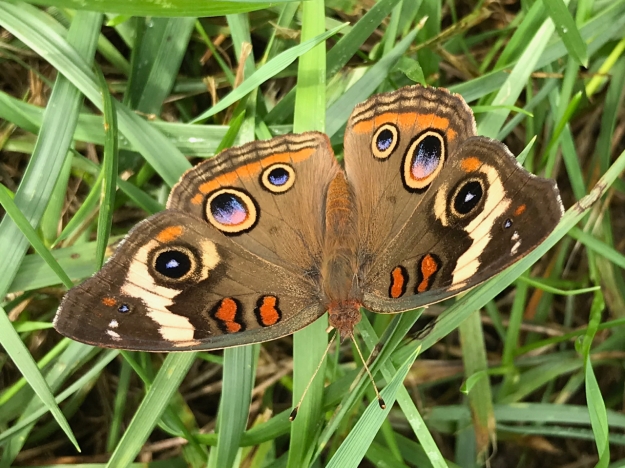 Common buckeyes nectar on a variety of flowers and frequent open, sunny habitats. This one was resting in grass immediately after a rainfall. I filmed it for nearly a minute. The yoga teacher in me wanted to calm and regulate the uneven pattern of opening and closing the wings.