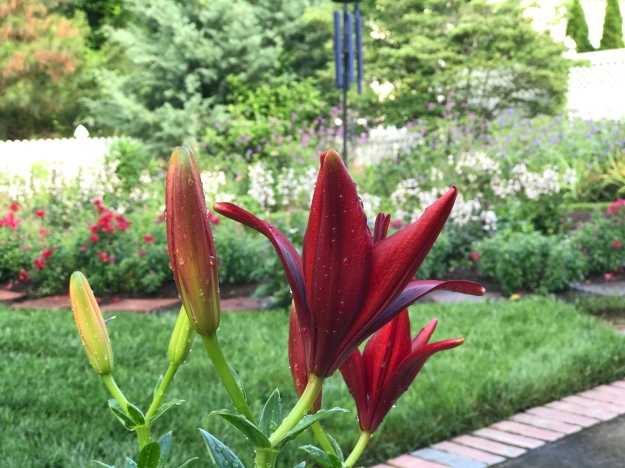 Asiatic lilies planted in a patio container last summer did poorly but they redeemed themselves this year.

Lilium ‘Black Out’ opened this week, but on its own time, not mine. I had been watching and waiting, hoping it would be ready in time for ARTiculture, my local garden club’s flower show on Tuesday. Instead the flowers waited until Wednesday to reveal their deep red beauty.

Entries for flower show had to be delivered on Monday for judging on Tuesday morning.

With no lilies available (and gardenias were still just fat buds also on Monday), Paeonia ‘Madame Emile Debatene’ served double-duty. She made her debut in my Monday vase early in the morning and by afternoon she was entered in the Horticulture division of the show. 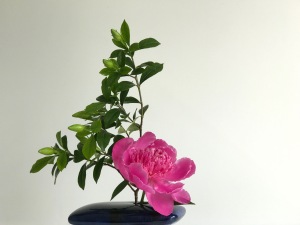 Only two flowers were entered in the Paeonia class and both were mine.  Peony ‘Pink Parfait’ was my second entry. Both peonies had been cut in bud stage several weeks earlier and stored in the refrigerator. They held up very well using this technique.

The judges created a sub-class and both flowers earned blue ribbons—a fun ending to the story.

12 thoughts on “Lilium ‘Black Out’ And ARTiculture”