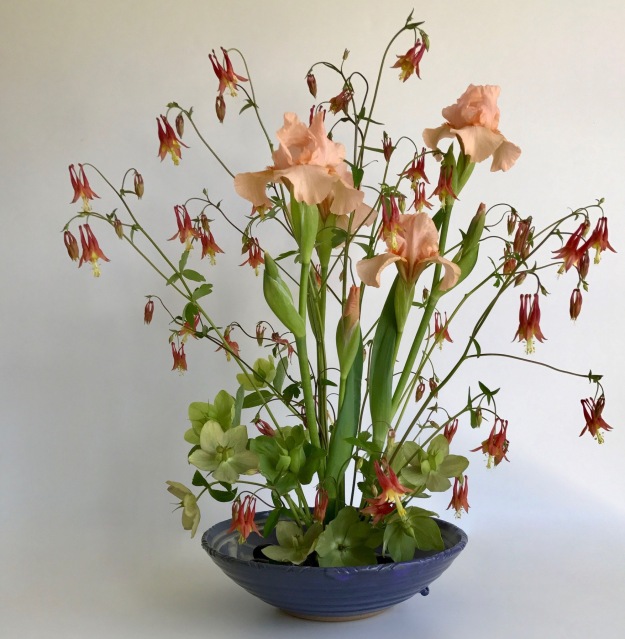 Each Monday Cathy at Rambling In The Garden invites us to share an arrangement using materials collected from the garden.

We are in the midst of a perfect spring in North Carolina. Skies are bluest blue, air is crisp at dawn, sunlight is warm and nourishing. Across the region petal-like bracts of dogwoods unfold above colorful azaleas, native columbine flowers nod atop every breeze and in my garden, irises are beginning to bloom.

Iris season epitomizes the best of spring in my little garden space. And so it is that mature hellebores, native columbine and early-blooming tall bearded irises take the stage this week for today’s Monday vase.

Several types of purple irises are flowering but Iris germanica ‘Raspberry Blush’ is the one I selected to use. Since purchasing Raspberry Blush several years ago I have often though the iris may be mislabeled. It seems more salmony orange than raspberry.

But outdoors in certain light the flower has more reddish tones and I can almost see raspberry. 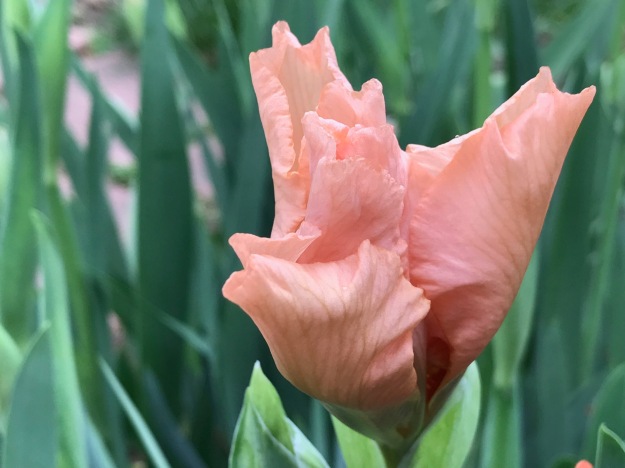 Growing nearby the confusingly named iris is a strong stand of Aquilegia canadensis or Eastern red columbine. Its color seems particularly muted this year. The pale hue sparked my imagination to pair it with the iris.

Having never used columbine indoors, prior to cutting any I looked it up and read it can last quite well. Because this wildflower has self-seeded and spread itself into many parts of the garden, it was easy to collect a large batch. In such a large bunch the columbine quickly became tangled and it was tricky to tame. 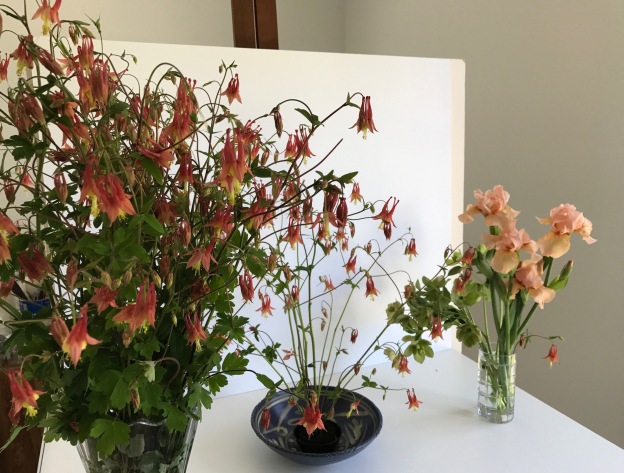 Removing the foliage made it look tidier, but was too time-consuming. I settled on using only a few stems. When inserted into a florist’s frog the columbine created the outline of the design.

Next came the placement of the irises.

Hellebores tucked around the base of the arrangement help to conceal the mechanics. 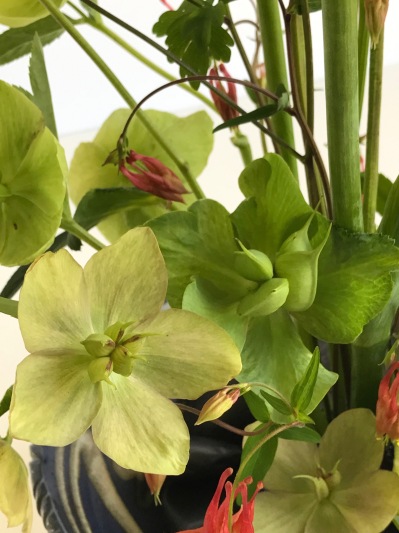 The final arrangement is loose and fresh, much more interesting in person than as captured in photographs. The pictures have forced me to analyze quite a lot. If I were making it over I would lower most of the columbine and allow the irises to soar above. Or I would add several focal flowers in contrasting colors to make the design more dynamic.

The container was purchased from a potter at the local Eno River Festival probably a dozen years ago. 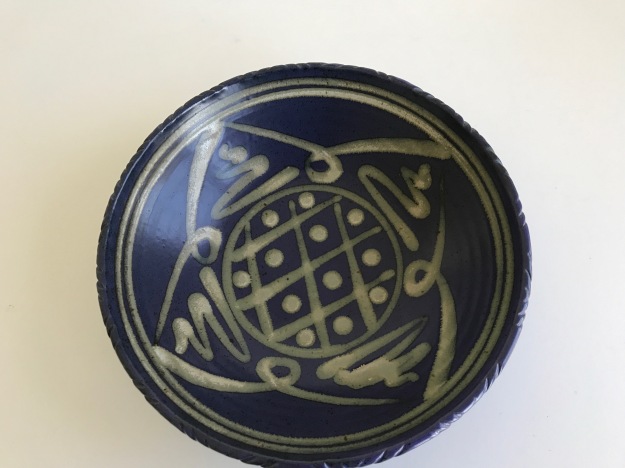 Container with florist’s frog in place.

Last week several people asked about how long a clematis would last in a vase. The ‘Jackmanii’ I used lasted only 2 days, but it brought pleasure each time I passed by the vase.

Thanks to Cathy at Rambling In The Garden for hosting and giving us a chance to express our flower arranging passion. Visit her to discover what she and others found this week in their winter gardens to place In A Vase On Monday.

41 thoughts on “In A Vase On Monday – Columbine And Blush”