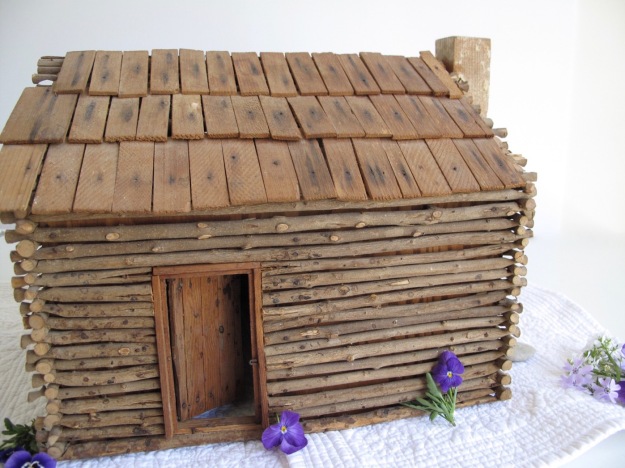 For some time I have enjoyed Norm Frampton’s Thursday Doors feature by way of Judy at New England Garden and Thread. Although I focus my blog on gardens and flowers last week while searching for a vase, I spotted a special door to share. 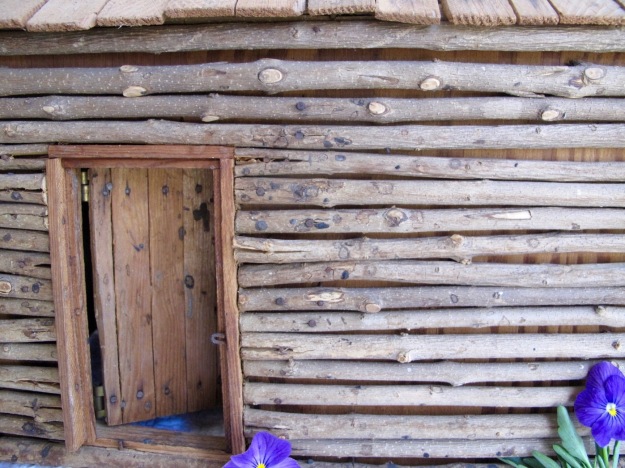 My father was a cabinetmaker as was his father. He worked full-time as a U. S. postal clerk but also managed to run his cabinet shop after work and on weekends. During a slow period one summer when my 3 sisters and I were very young, he fabricated this little log cabin for us. The rustic cabin is an anomaly, quite a departure from his finished pieces crafted for his business, Colonial Cabinet Shop.

I have a faint memory of sitting outside in our backyard on a picnic table while he shaped and notched twigs that would become the logs. As this task took longer than a child’s attention span, soon I wandered off to play. 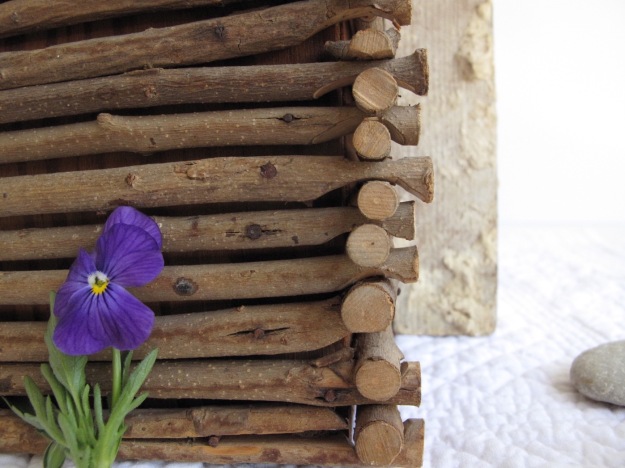 At one point the chimney was covered with stones, returned now to the earth somewhere, and a section of shingles has been knocked off. 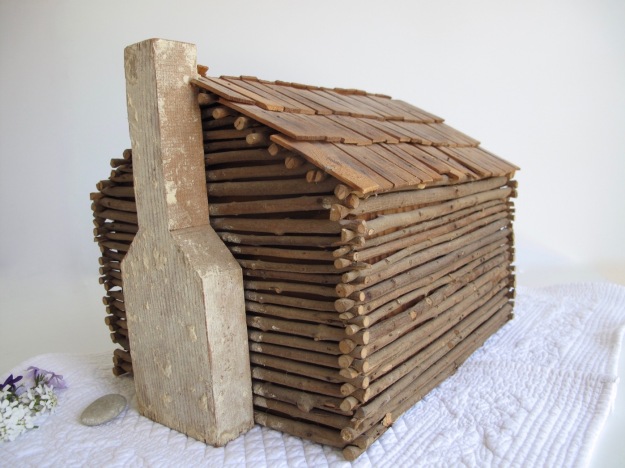 Stones once covered the chimney.

At upper left corner and along right-hand side, shingles are missing.

On the side wall opposite the chimney is the cabin’s only window. 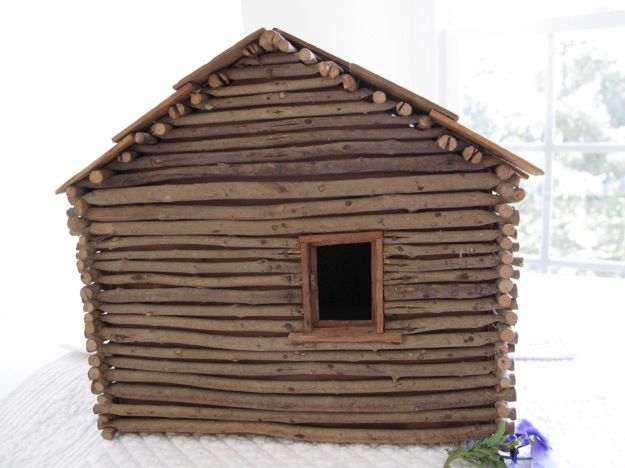 In elementary school when my class studied the American frontier, I remember taking this little cabin to school along with a book report about Abe Lincoln. 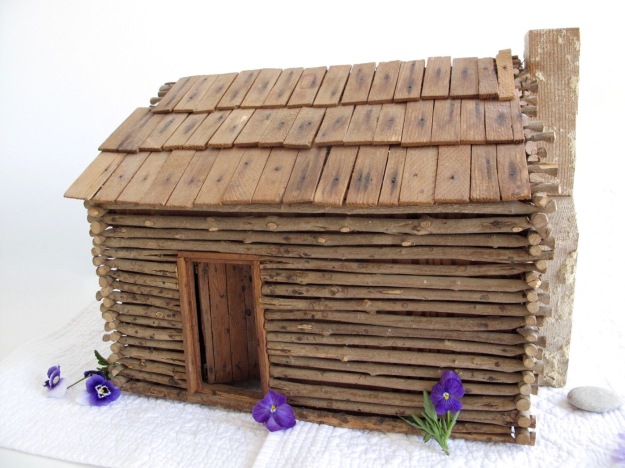 Many times this door has opened and closed, but not often in recent years. It is nice to share it with you today, a portal back to childhood. 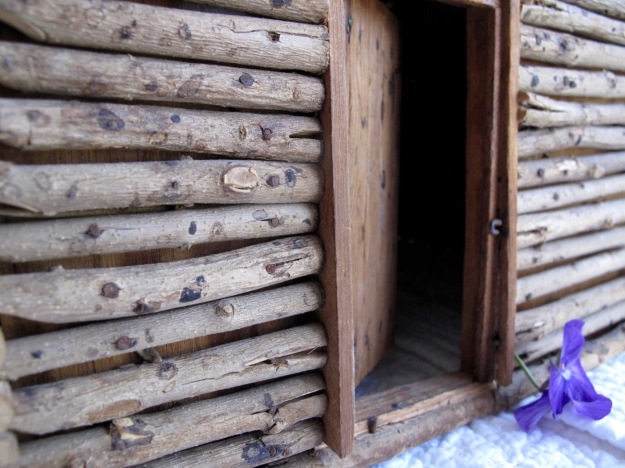 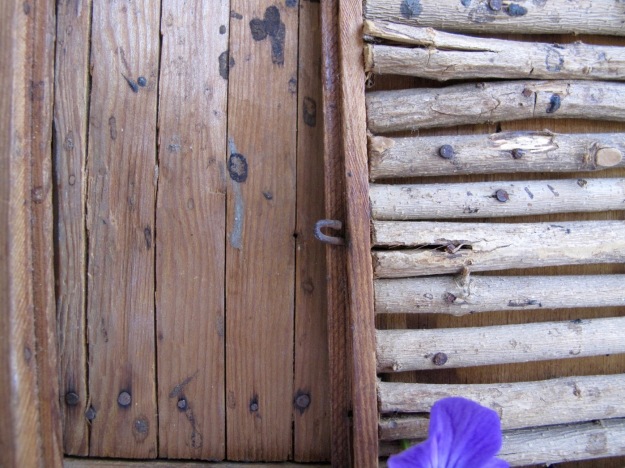 A hook from a bent nail formed part of the latch. A hole remains where a nail once served as a door knob.