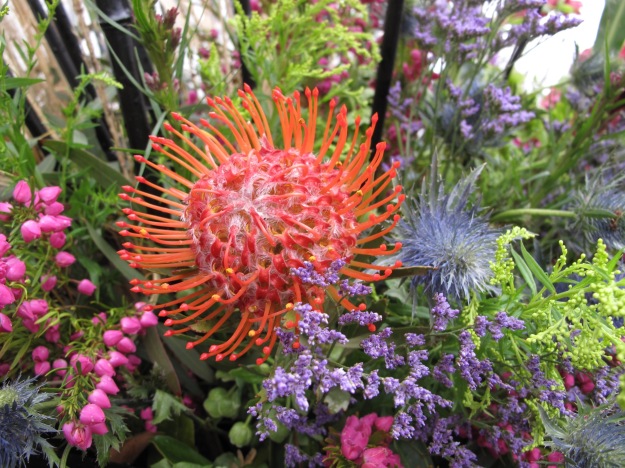 The second annual Art In Bloom at the NC Museum of Art in Raleigh began yesterday. I arrived early and was greeted by colorful outdoor displays.

The walk from the car to the West Building was made special with a row of black urns filled with rich colors. 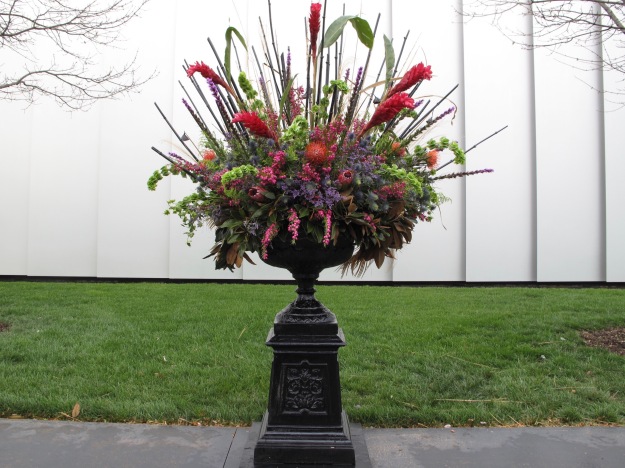 A series of these urns lined the walkway toward the West Building where the show was held.

Horticulture students from North Carolina State University assembled a friendly planting with allium waving in the breeze above a field of narcissus in front of a Henry Moore.

Overnight and early morning rain and winds had knocked over some urns, even breaking one, along either side of the main entrance. While visitors lined up to enter the show, designers were frantically making some last-minute repairs. I liked the grapevines nests at the bottom of each one filled with roses and ranunculus. 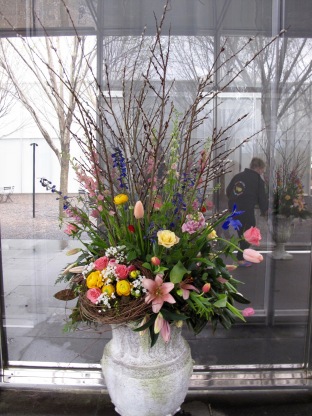 Once inside it was impossible not to admire the floor to ceiling display of orchids, designed by Steve Taras at Watered Garden Florist.

Steve revealed at a talk later in the morning, he had ordered 400 purple and white orchids and received only 30. The stress of creating for events like this must be intense. The museum’s Facebook page has a photo of the design team assembling this work the day before the show opened.

There were 56 floral designs. I selected only a couple to share to illustrate the variety of creations. The inspiration for the first one is The Garden Parasol, by American Impressionist painter, Frederick Carl Frieseke. The summer scene was painted in the artist’s garden at Giverny circa 1910. 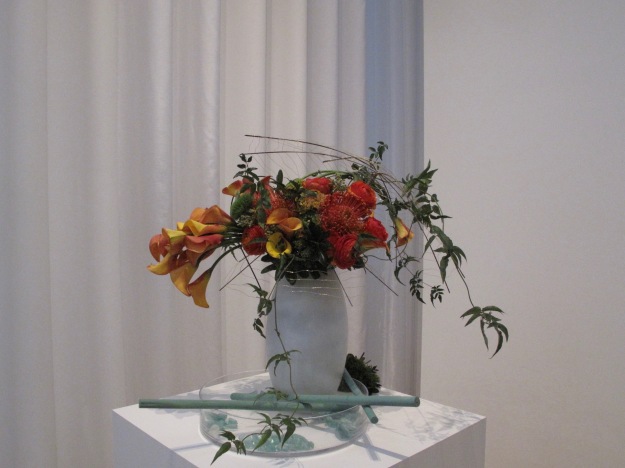 The curving line of the flowers and a thin wire framework suggests the Japanese parasol without being too heavy or too literal. Jasmine foliage recreates the shade trees of the painting.

Elements suggest the Japanese parasol and shade trees of the painting.

Dowels placed at the base perfectly match the color of the garden furniture and glass pieces reflect the scattered, dappled light.

The designer used color and interesting materials to sensitively recreate the seating and the dappled sunlight.

Another example from the show is by Michael Whaley, AIFD, Fresh Affairs, Raleigh, N.C. Whaley’s inspiration is Antefix in the Shape of a Satyr’s Head, Etruscan. 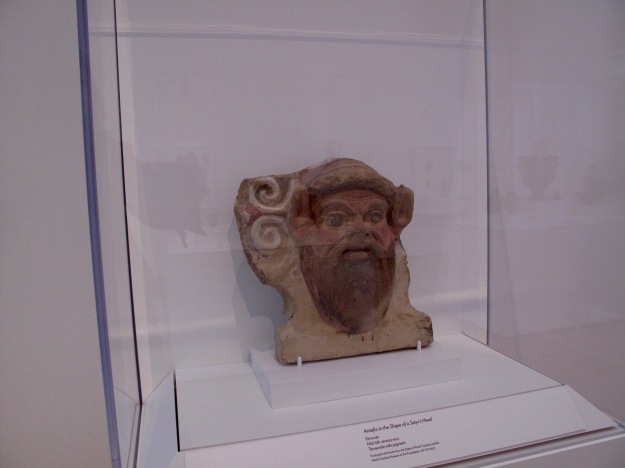 inspiration: Antefix in the Shape of a Satyr’s Head, Etruscan

On Thursday I also attended two interesting presentations. Will see two more tomorrow and two on Sunday. Perhaps I can describe them at a later time.

To wrap up I leave you with a scene from the Triangle Bonsai Society’s display in the courtyard garden. 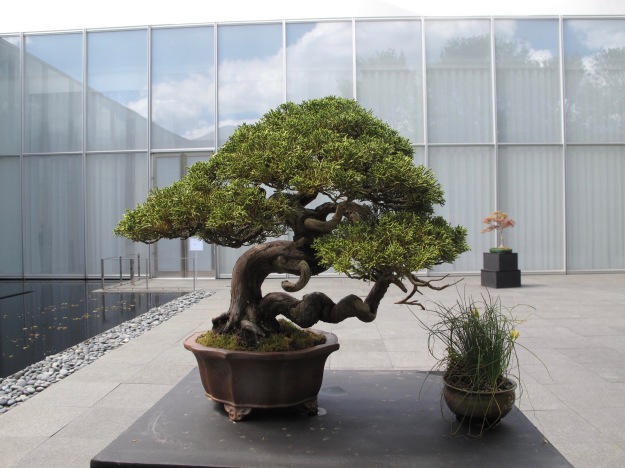 23 thoughts on “Art In Bloom On Thursday”