A week of spectacular weather, sunny and warm, encouraged the garden deeper into bloom.

Spirea, an old-fashioned passalong, could hold back no longer. This shrub disappointed last year but has redeemed itself with a dazzling pageant. 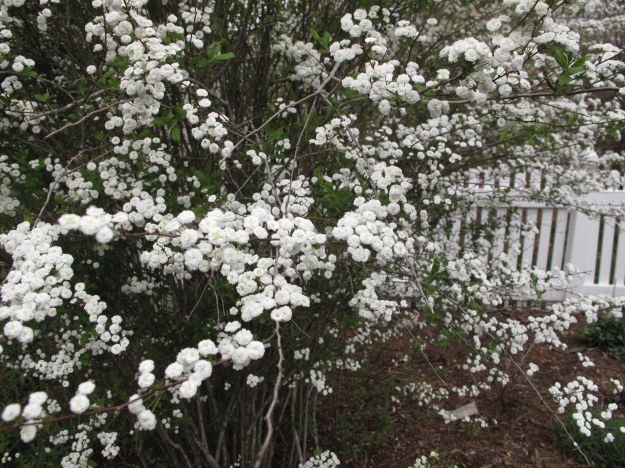 The branches are laden with flowers. 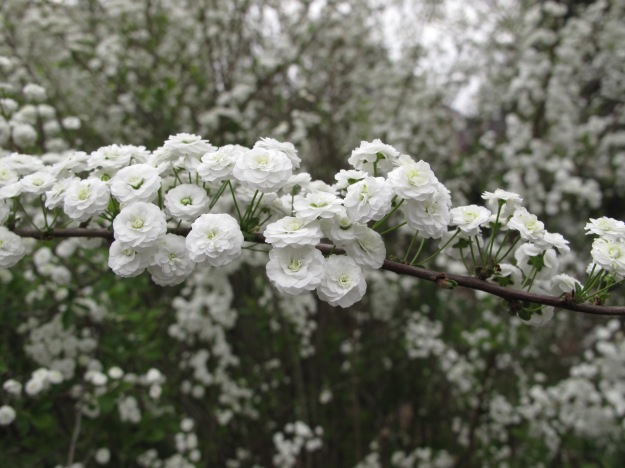 Early blooming King Alfred were followed by Tete-a-tete daffodils. Both quickly finished their bright yellow displays for this spring once the temperatures increased. Fortunately the appearance of the white flowers of Narcissus ‘Thalia’ made a well-timed replacement.

I love white in the garden, but there is color as well.

What for weeks seemed like blooms on Euphorbia ‘Ascot Rainbow’ actually are variegated bracts. Recently, deep red, tiny flowers have been exposed. 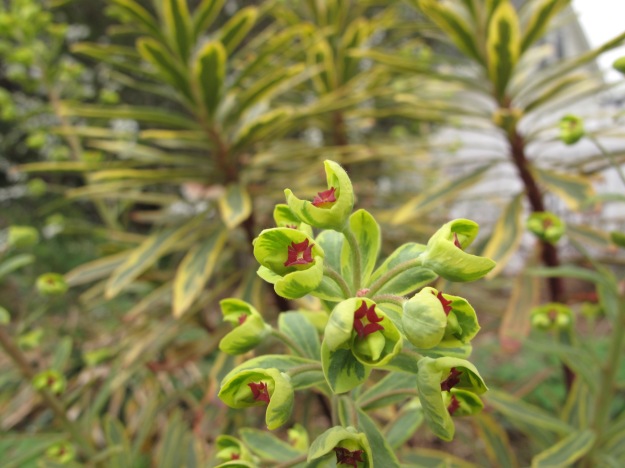 Multicolored pansies, planted in fall around the meditation circle, are filling out. 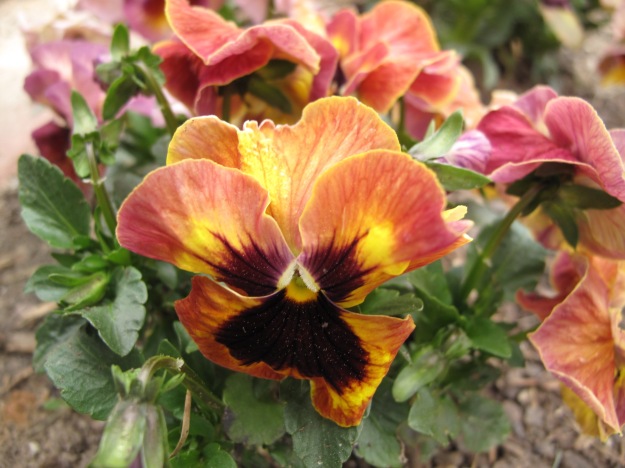 Anemone coronaria began flowering before Christmas but now are growing more vigorously. The blue-violet ‘Mr. Fokker’ is my favorite.

The last frost day in piedmont North Carolina is mid-April, but spring has been set in motion.