Monday brings the chance to share cut flowers from the garden by joining in Cathy’s weekly challenge In A Vase On Monday. In preparation I gathered flowers Sunday morning. It was a lovely day for enjoying being outside, clear sunny blue skies and 73 degrees F. (23C.). 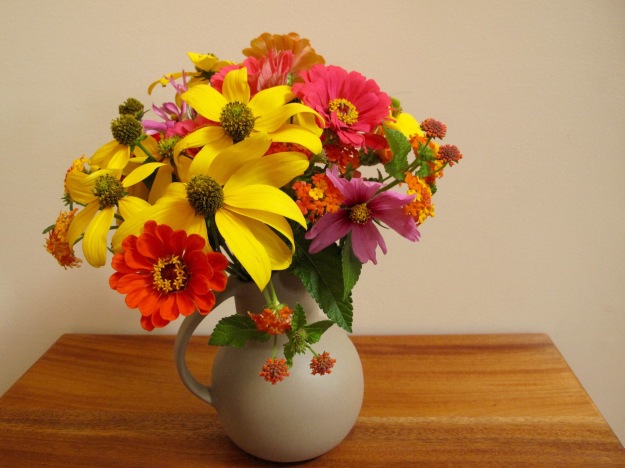 For some time now I have intended to feature this rudbeckia—Rudbeckia laciniata (Green-Headed Coneflower)—in a very tall glass vase, as the stems are quite long. But the effect was not as I had imagined. In the end I pared them down and chose a more rustic container.

I loosely combined them with pink and orange zinnias, lantana and cosmos into a matte putty-gray jug to create an informal late summer arrangement.

While the lantana and zinnias are very sturdy, these rudbeckia petals behave just the opposite—flowing and draping and acting all dramatic. 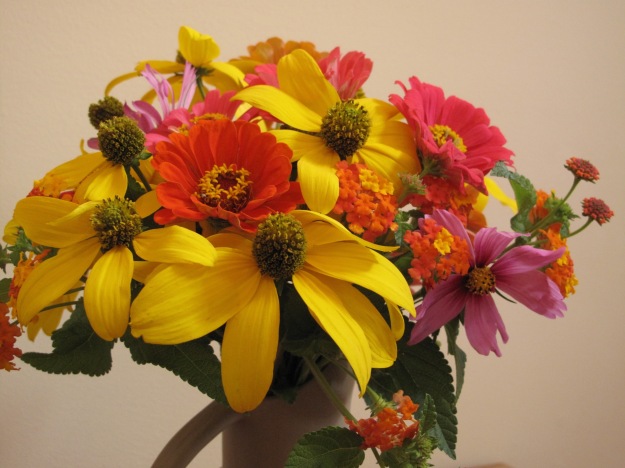 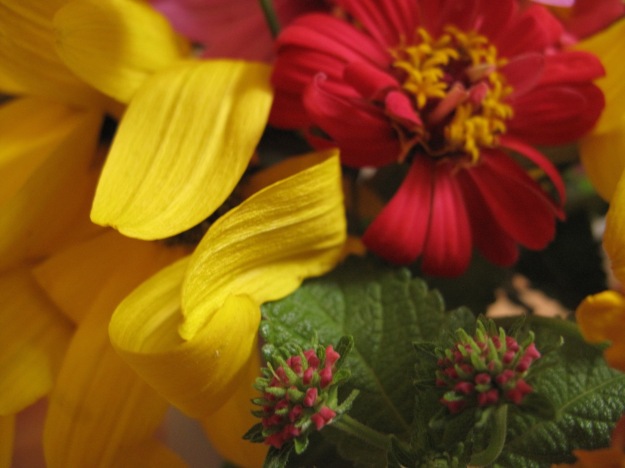 The colors in the lantana, a bright medley of red, orange, yellow, reflect those of all the other flowers in the arrangement. Meanwhile the umbels or flower clusters of the lantana contrast with the composite form of its companions. 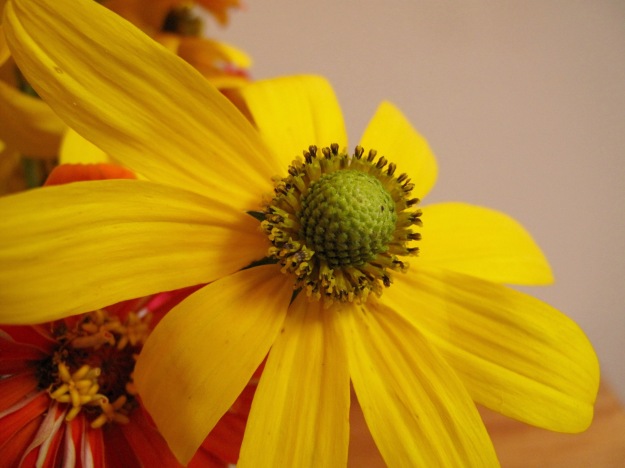 This should be a long-lasting arrangement, bringing the golden glow of late summer sunshine to the indoors.

Update: The Phalaenopsis orchid blossom used in my vase two weeks ago is still looking fresh.

Thanks to Cathy for hosting this weekly flower addiction. Visit her at Rambling In The Garden to discover what she and others are placing In A Vase On Monday and feel free to join in.