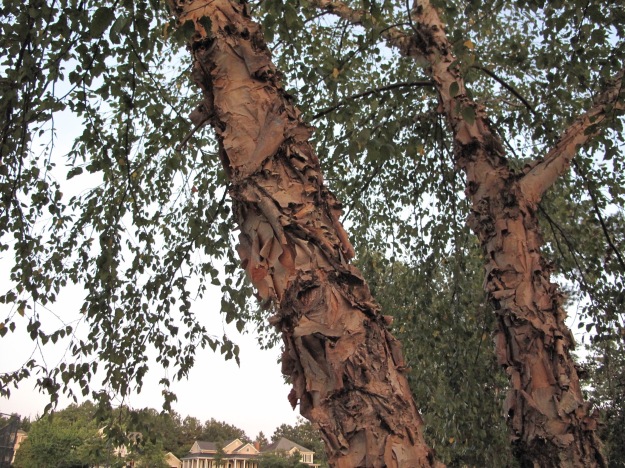 Christina at Creating my own garden of the Hesperides hosts GBFD on the 22nd of each month to highlight the importance of foliage in our gardens. The past week has been unusually busy with little time for the garden so Garden Bloggers Foliage Day (GBFD) sneaked up on me this month.

In a side garden along the front drive Asclepias tuberosa (Butterfly weed ) has formed long okra-like seed pods. There are two other Asclepius tuberosa in the main garden, but neither has formed the pods.  I cannot find a label for the shrub in the background—some kind of slow-grower, a juniper I think. Visible in the upper left corner is a Betula nigra (River Birch) that grows at the street just on the edge of our property. 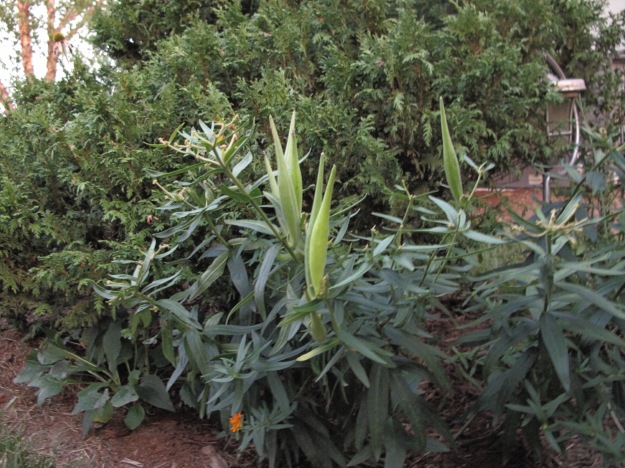 I like the river birch. It began dropping leaves very early this summer because of the drought. The shaggy cinnamon-red bark is characteristic of this native tree. 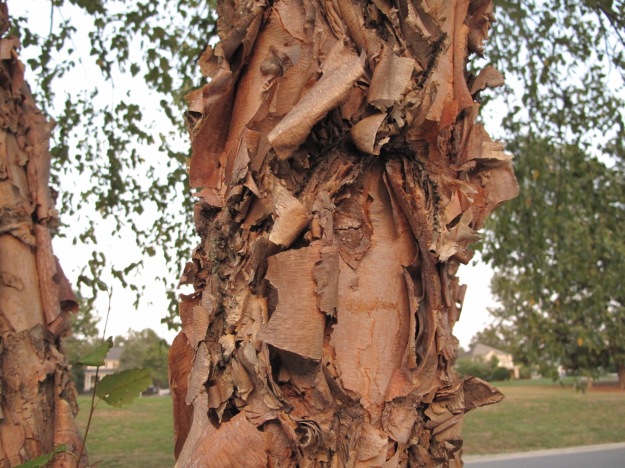 By the way a week ago in another part of the garden I saw my first Monarch(s) of the year. I usually see them in October here. Without a camera on two consecutive days, I watched one nectaring on remnant flowers of a Rudbeckia hirta ‘Irish Eyes.’ There is something special about seeing the Monarchs that raises a feeling of gladness and appreciation.

I was recently complaining about how that Rudbeckia had been knocked over in a storm and needed to be cut back, but now I think I will leave it a bit longer.  A child of that one, the ‘Irish Eyes’ below is in the side garden just at the gate. It splayed over also after the same storm, but I managed to tie it up. It is not blooming much now but the foliage is still looking healthy. It received some extra water this summer because I was filling a nearby bird bath almost daily. In the background the river birch is visible again. 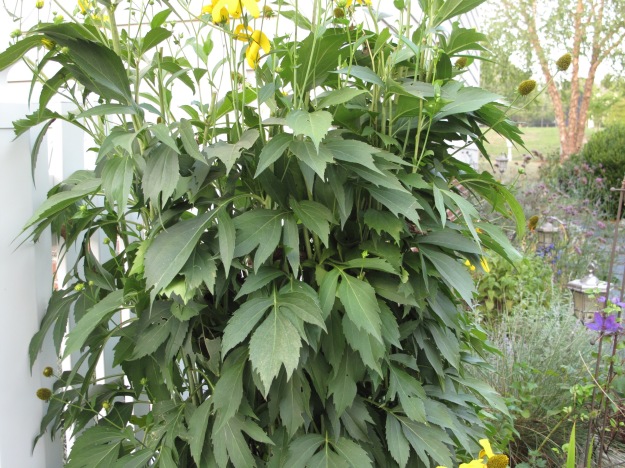 Silvery Dusty Miller has spread with wild abandon in the western border. It is easy to pull out when I finally decide “Enough,” so I let it roam this summer. It is not as attractive when it flowers so it is time to clip it back. Euphorbia ‘Ascot Rainbow’ is new this year. Fresh new leaves of Aquilegia canadensis (Eastern red columbine) add softness to this area. 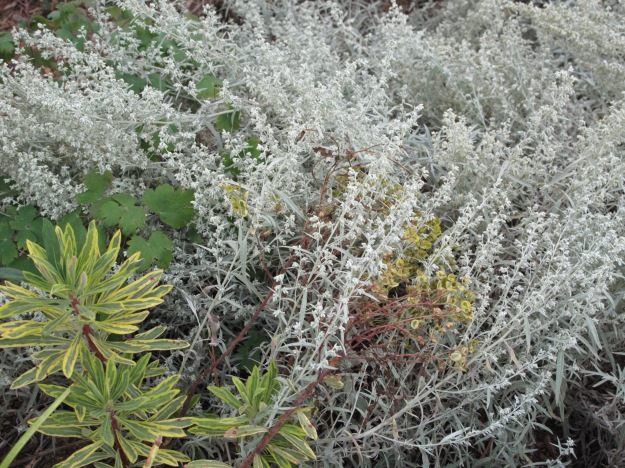 Thanks to Christina for hosting. Be sure to visit her to see her featured foliage and find links to other foliage highlights of other GBFD bloggers.