The forecast which called for rain by afternoon proved accurate. Fortunately I was out very early this morning to check the garden’s progress. Besides there was some planting to do—2 Dahlia ‘Blue Boy’, 40 Gladiolus Blue Shades Mix and 3 Dahlia ‘Black Jack.’ Only about a third of the gladioli made it into the ground as I kept running into weeds that took a lot of time. I still have zinnia seeds to plant.

I also planted a pass-along from last fall I am excited about. It is a red dahlia from Libby at An Eye For Detail that her mother used to grow, so I feel extra responsibility to take care of this one. The tubers made it though the winter in my garage and even showed a bit of new growth.

Another new pass-along came from touring a garden club friend’s beautiful property last spring. She had potted up a variety of plants for us to take home and I selected Polygonatum biflorum (Solomon’s seal). I checked on this plant fairly recently and decided it must not have survived, but here it is after all.

Before the work started I just enjoyed wandering around and around note-taking with my camera.

First views stepping out the back steps from the garage, looking due west with southern border on the left, panning north, and finally, looking down at Shasta daisies beside the garage steps. 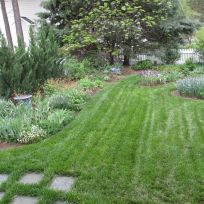 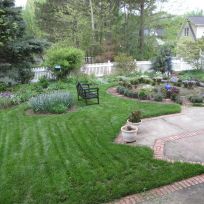 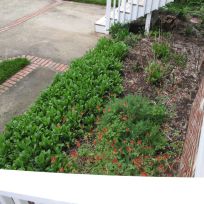 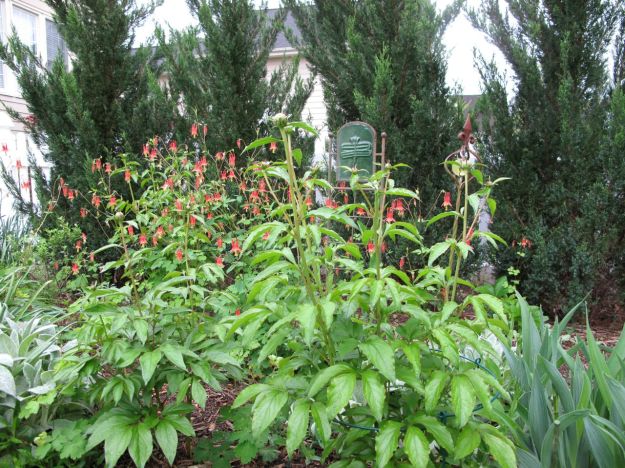 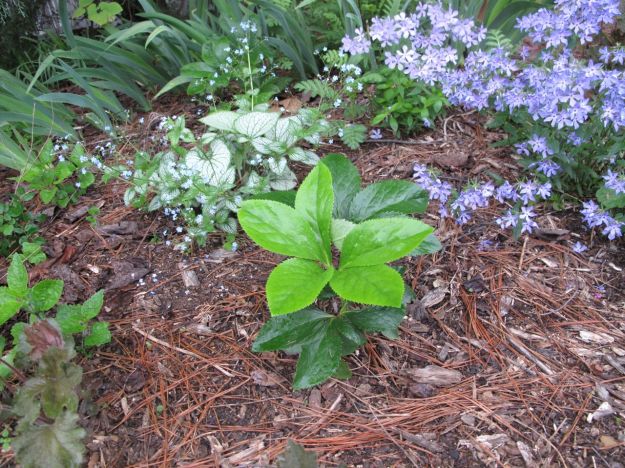 Turning the corner toward the Western border, here is the Oakleaf hydrangea. I move it to the front of the border in early spring and it seems to be doing much better.

There are two small islands near this corner, one of which is planted with iris and a hodgepodge of other things. The iris foliage looks very brown. I thought it might be cold damage but I need to check for disease or iris borers. 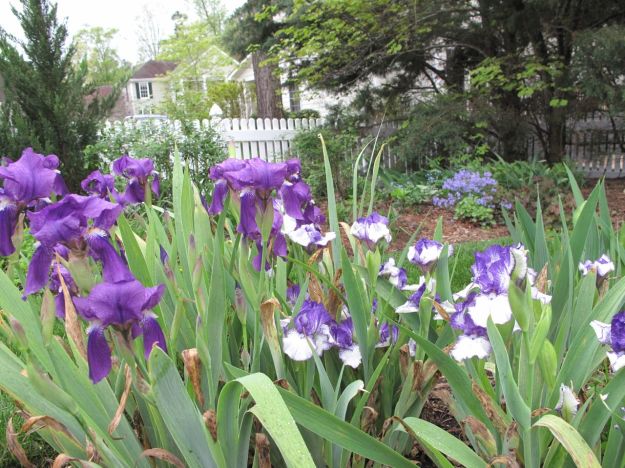 From here I turned around to my right to inspect the snapdragons in the meditation circle, almost ready to bloom. This is looking toward the northern border. 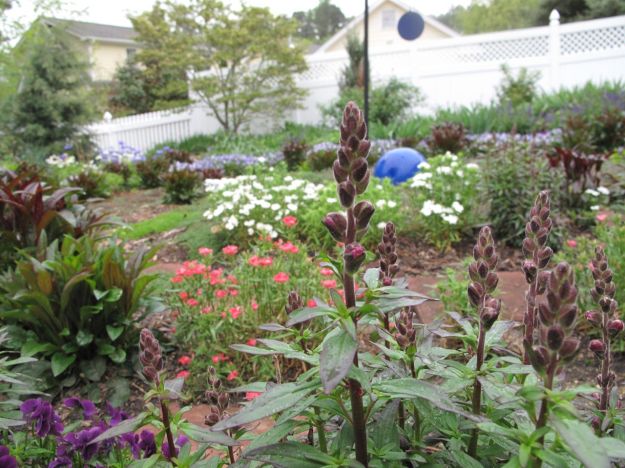 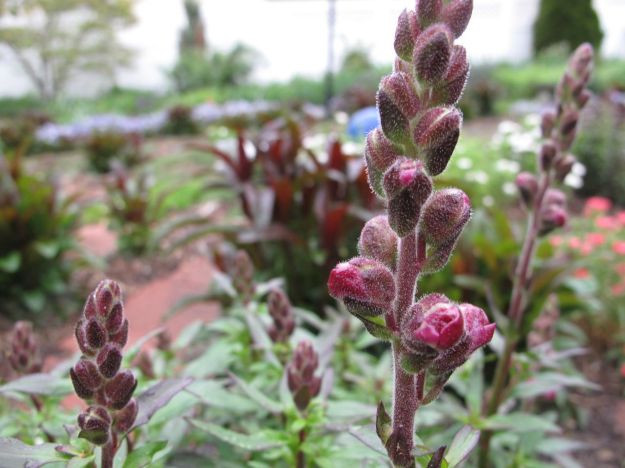 Returning to the oak leaf hydrangea and moving on along the Western border. 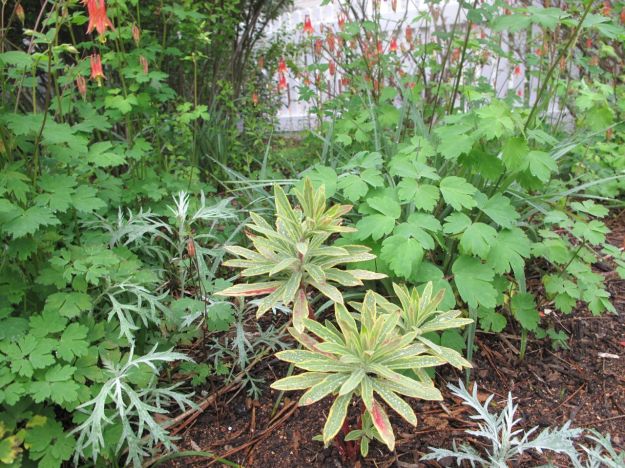 I stepped into the Western border and looked back southward across the the columbine. Many plants have died out in this area and the columbine is taking advantage. I need to get it under control.

Turning back to continue the walk, this is the rest of the Western border as it curves around the meditation circle.

Later I will share the rest of the garden views from my Sunday morning promenade.