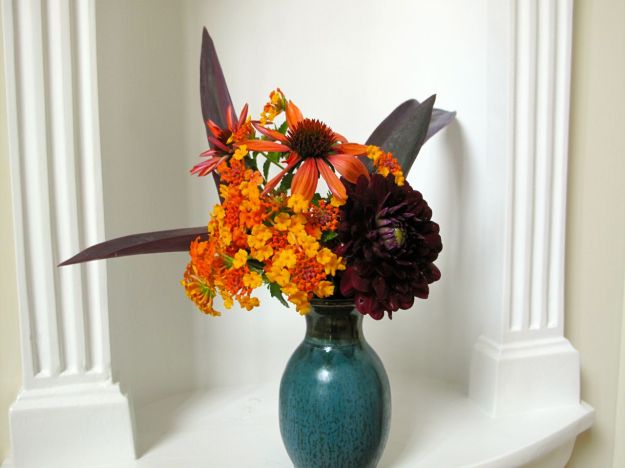 Another week has passed and it is time again to join in Cathy’s weekly challenge In A Vase On Monday. The goal is to fill a vase using materials gathered in one’s own garden.

After going many weeks without precipitation, rain arrived overnight. Today we are having a series of steady downpours alternating with light misty showers. The entire garden seemed especially bright and colorful when I dashed outside around lunchtime to gather some flowers.

Lantana camara (Common lantana) has been blooming profusely this summer and I had been planning to feature it by itself in this week’s vase.  Plans changed when I found some compatible companions.

After collecting the lantana, I remembered seeing one flower on the (either misnamed or mislabeled) Dahlia ‘Blue Bell’ that was planted this spring. The purplish-burgundy blossom was still in fine condition even after the rain. I felt the strong, bold color of this flower could work well against that of the lantana.

As the dahlia stem was quite short it dictated using a small, narrow neck vase today. 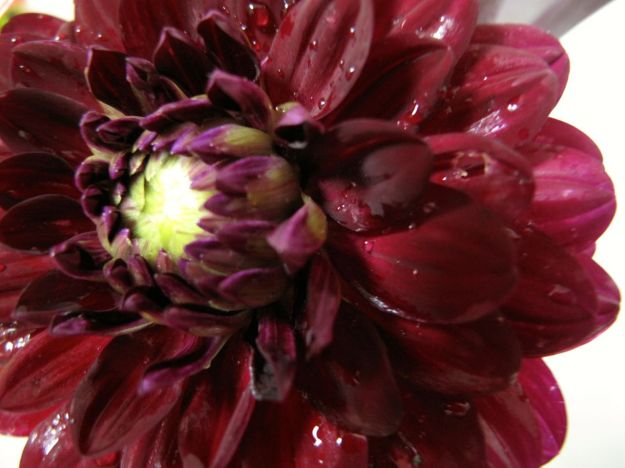 Nearby the dahlia is planted a hybrid Big Sky Sundown Echinacea that has produced blooms sparsely this summer. Luckily there were two available for my vase day. The sunset coloring of this echinacea’s petals coordinates easily with that of the multi-hued lantana florets. The dark center echoes the deep vibrancy of the dahlia.

With the dahlia in mind I also chose purple succulent leaves of Setcreasea pallida (Purple Heart) for accent foliage.

I love the rich, bold colors in today’s vase.

In A Vase On Monday 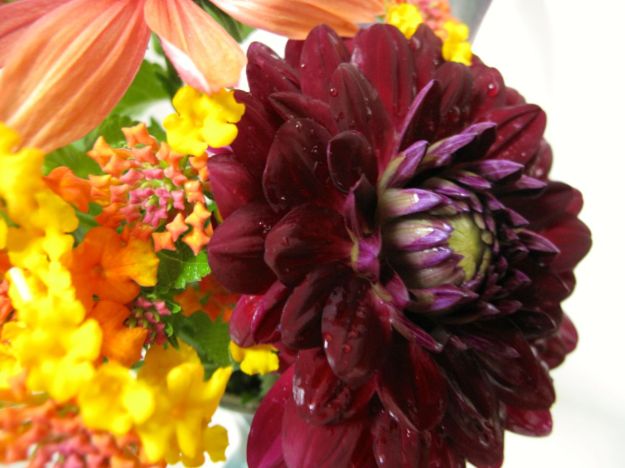 In A Vase On Monday

Thanks to Cathy at Rambling In The Garden for hosting. Discover what delightful things she and others are placing In A Vase On Monday.

32 thoughts on “In A Vase On Monday—Bold Colors”