I have tried to grow Bachelor’s Buttons every few years without success, but this year things improved. A single plant surviving from an entire package of seeds shows yes, one can get results. If I were to water and tend them properly perhaps two next year? The sumptuous blue color is what I find appealing.

Unlike my experience with seeds, some perennials are terribly assertive and settle in without invitation, crowding out anything in the vicinity. On the left of the back staircase leading to the garden is a large section of Shasta Daisies that spread seemingly overnight from a small container purchased years ago. Some years I am simply delighted with anything that manages to limp along through our dry, hot and humid summers, but this year I find myself thinking these have to go someday. 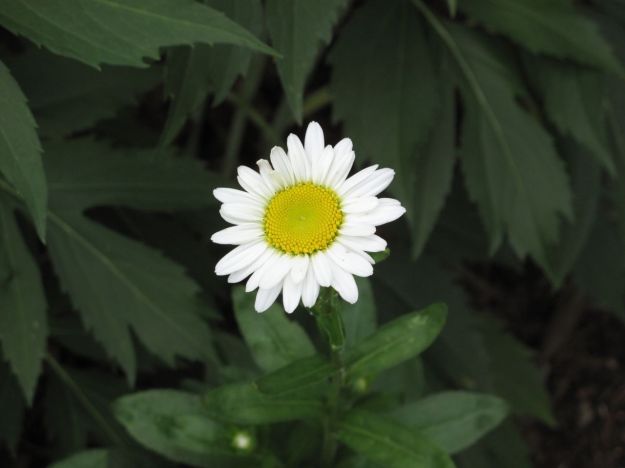 When the garden was just getting started I ordered a blue tall garden phlox, but a pink one is what was shipped.

In the years before the fence was installed, deer would eat the flowers of this Phlox paniculata just as soon as they opened. It was maddening. Actually the fence is not tall enough to keep deer out if they decide they want a taste, so it still makes me nervous to have these phlox blooming; however, this is another plant that dug in its heels years ago and would not leave even when I tried pulling it all up.

It has made a comeback in several spots and so far the deer are dining elsewhere.  I have planned numerous other garden phlox such as ‘David’ but they are very short-lived, so it is a mystery why this one is so attached to the garden.  I am not positive of its name but think it is ‘Robert Poore’ perhaps, a mildew-resistant and heat tolerant phlox. 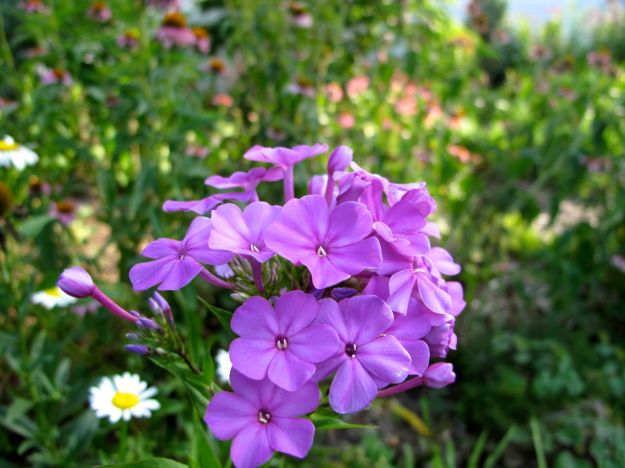 Behind the phlox is poorly sited butterfly bush that I pruned back hard in late winter. It turns out this is a dwarf so it does not get a chance to make much impact at the back of the border. It has not bloomed well in several years, but has more room this year to reach the sun after a couple of neighboring spartan junipers had to be removed. Its name is Buddleja davidii ‘Adokeep’ (Adonis Blue Butterfly Bush).

One plant that has done well without taking over is Rudbeckia hirta ‘Irish Eyes.’ It is right on schedule to brighten the southern corner of the house during July with its golden yellow flowers with green centers. Pollinators love this plant.

This time of year the garden has lost its cohesiveness, but a few things keep determinedly plugging along. The garden very much needs rain.