As September 2013 winds down I have some photographs and notes to record. This is the third of several posts. 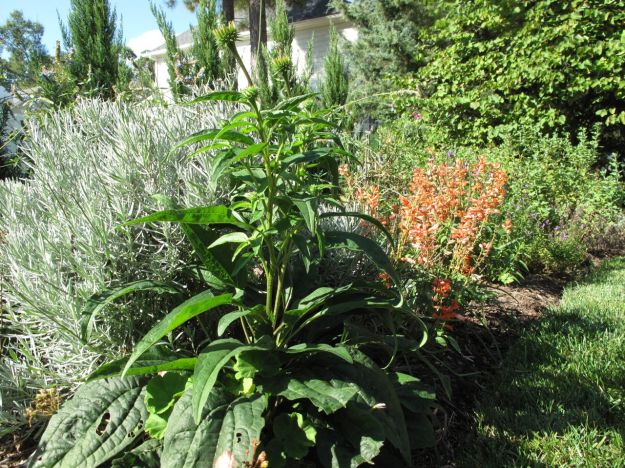 Sometimes pictures of my garden are just too ugly to show. I think my photography has improved more than my gardening skills since I began blogging, as I try to find ways to show parts of the garden without revealing how it all really looks. No one wants to see, I reason, the spent flowers or unweeded patches, the air conditioner units or brick foundation, the odd item left out of place on the patio, the neighbors’ cars or such. And of course I want to show the garden at its best. So often the views I show are from the same points, where I can compose an image that hides some of the truth.

But I started pbmGarden in January 2011 as a way to plan and design changes for the garden. The blog was to be a way to work out ideas and document the progress of the garden. I was reminded of that point when I looked at yesterday’s pictures of the Southern border, compared to images from when I first began the blog 2.75 years ago.

In the picture above, taken yesterday, I was down on the ground trying to capture the freshness of this Echinacea about to bloom in front of French Lavender. The salmon-colored Salvia should be in the frame as well. Oh, and I told myself to try not to show utility boxes on the side of the neighbors’ house.

Below, here is another view from yesterday of the same area, looking from the middle of the garden toward the Southern border with its Blue Point Juniper hedge. Among other criticisms I was struck by how much flat wall I could see of the neighboring houses.

But it is actually helpful that photographs can go beyond the photographer’s vanity to show an honest record. When I look back at that border just after planting that hedge in February 2011 it is clear to me I have made some progress in this garden.

One of my big goals at the time was to gain some privacy so I could better enjoy gardening. Looking at the Southern border then one could easily understand why this was important. The yards were wide open. 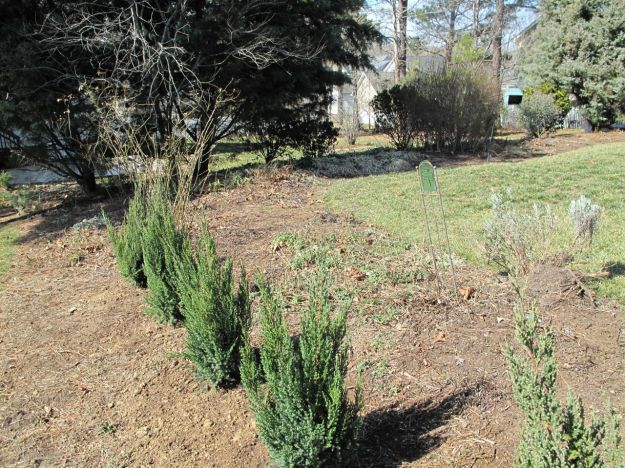 Standing in my yard a month after the Blue Point Juniper hedge had been installed and looking toward the Southern Border (and the neighboring house beyond), I realized privacy was coming no time soon. I began making arrangements for a fence. 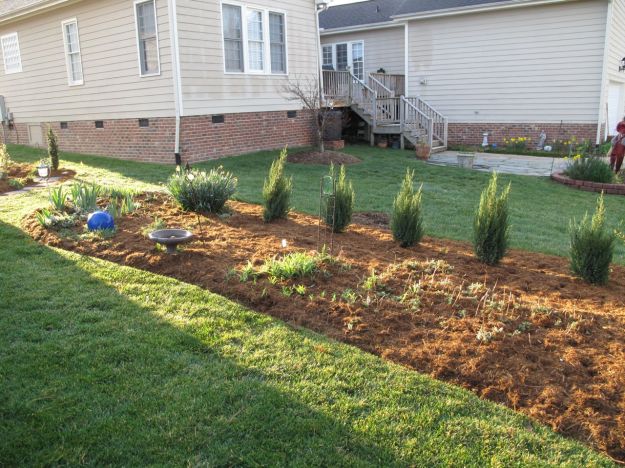 The fence was a costly budget item for this garden but when now when the lantana and other perennials die back in this winter, the garden will still retain a sense of enclosure and privacy.

Standing at the opposite side of the garden, again looking toward the Southern border, I notice how much the Blue Point Juniper hedge has grown. 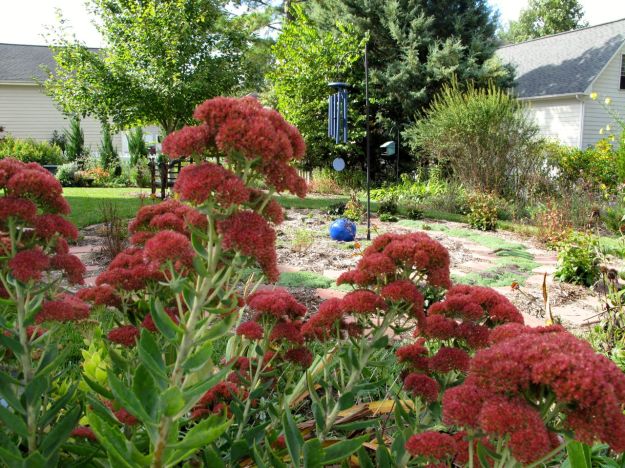 While looking back through some photographs of the garden’s history today I was reminded how helpful it is to have lots of those images that tell the stark, ugly truth. They are useful in evaluating progress and in setting and recalibrating goals for the garden.

Of course for the blog it is always fun to throw in a beauty shot as well. Perovskia atriplicifolia (Russian Sage) is blooming in several places around the garden.