In unguarded moments and despite the heat, a portent of autumn occasionally drifts through the air and into my consciousness. For now the garden remains green and lush, but the light is changing and days are shortening. I sense a seasonal shift.

For the last few weeks the garden has carried on without much tending, but I am beginning to feel its tug. A few hours of trimming and weeding this week will revive its most sagging aspects.

This has been a happy year for gardening. Phlox paniculata has brought color to the western border for seven weeks, confirming memories from my previous garden that given the absence of deer and drought, Garden Phlox is invaluable for the summer garden.

Rudbeckia hirta ‘Irish Eyes’ has towered over the garden’s southern entrance most cheerfully since the end of June, though sadly few pollinators have been around this year to benefit.

For several weeks now Sedum ‘Autumn Joy’ has added its specific light green color and texture to the northern border. It seems primed to put on a good show of fall color. 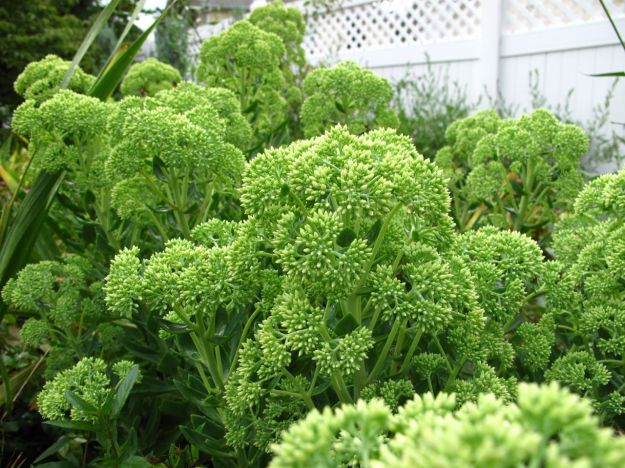 In the late summer of years when rains have been adequate, Hedychium coronarium (Ginger lily) begins a display of beauty and lemony fragrance. It is exciting then to note the first orchid-like flower has emerged. Raindrops coat the shiny leaves after a fleeting shower this afternoon. 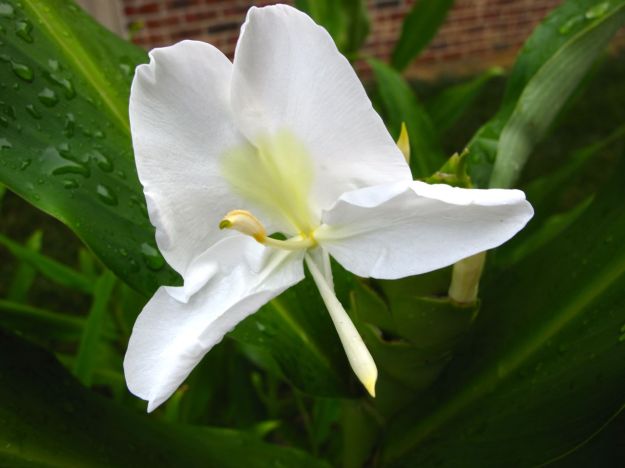 16 thoughts on “Sensing A Shift”