During my frosty morning walk the sun had just begun to peek into the meditation garden, illuminating the burgundy and green hued leaves of this Penstemon digitalis ‘Husker Red’ (Beardtongue). 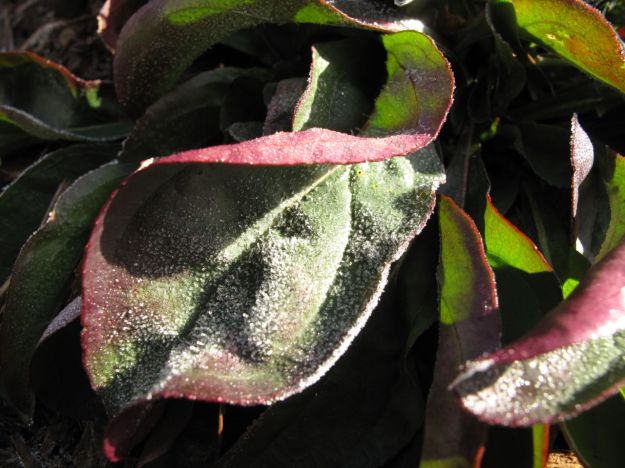 A very few orange gardenia hips have recently appeared on the ‘Chuck Hayes.’

A patch of Lobularia hybrid ‘Snow Princess’ (Sweet Alyssum) from summer surprisingly has withstood the cold nights. This delicate-looking annual is reputed to be cold hardy (and heat tolerant), but probably Its location near the foundation of the house is giving it some extra protection. 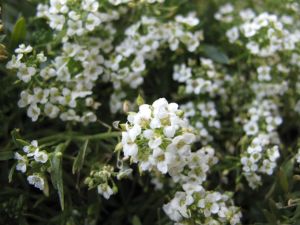 Hellebores are not as early in blooming as last year, though I did find a few fattening buds. Camellias continue to bloom and provide sweet fragrance. Several Iberis Sempervirens (Candytuft) flowers are visible but nothing to compare with last year’s early and prolonged display. Weeds are cropping up around the beds, especially the rather invasive Cardamine hirsuta (Hairy Bittercress). The garden is overdue for a few heavy maintenance days.

Finally, one plant I noticed and photographed during a recent arboretum visit was Abutilon megapotamicum ‘Little Imp’ (flowering maple). Native to Brazil this shrubby mounding plant begins blooming in spring and still carried a quite a few of its little lanterns on the last day of December. The red calyx (or group of sepals) surrounds the yellow flowers to form its little lanterns. 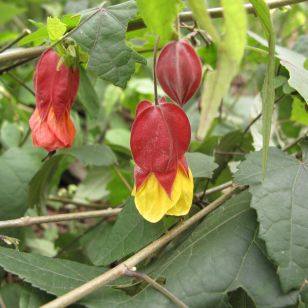