Fragrant Gardenia jasminoides ‘Chuck Hayes’ and a few other plants are newly blooming in this Chapel Hill garden today.

Long before the garden’s picket fence was installed ‘Chuck Hayes’ was planted as a low privacy hedge in the western border. Both evergreen and deer resistant this gardenia variety is very cold hardy in this area. It prefers regular watering, but seldom is anything watered in this garden beyond a week or two after planting. The hedge is benefitting from the very significant amounts of rain the garden has received all winter and spring. It also responded well to the Epsom salts I applied a month ago when some of the leaves began to yellow. Many of the original ‘Chuck Hayes’ shrubs were lost to drought and the spots left bare are gradually being replaced with taller plants that can provide more privacy.

Nearby the first clusters of flowers have opened on the Butterfly bush (possibly Buddleja davidii ‘Black Knight’).

The bees are finding plenty of food, including this Veronica spicata ‘Pink Goblin’ (Speedwell), which actually has been blooming for a few weeks now, not just starting today. It seems much revived after last night’s elaborate thunder and lightning storm that brought heavy amounts of rain.

Pale delicate flowers of Lavender are open today at last and bees are finding it irresistible.  In the background are drifts of pink Achillea and the ‘Blue Point’ Juniper hedge planted last year. 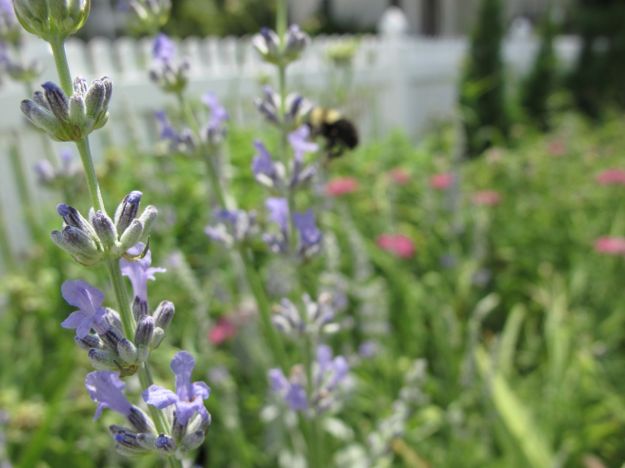 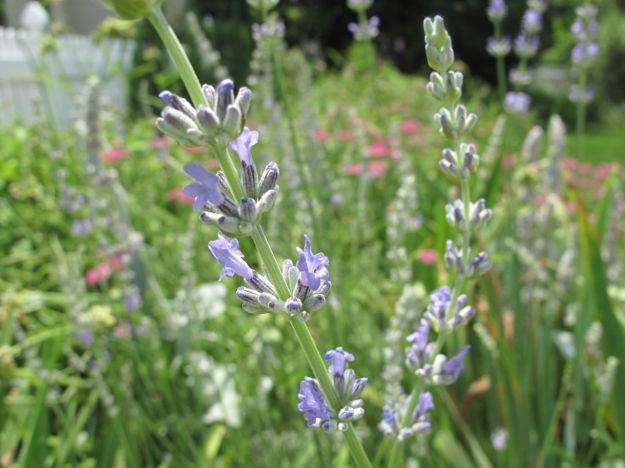 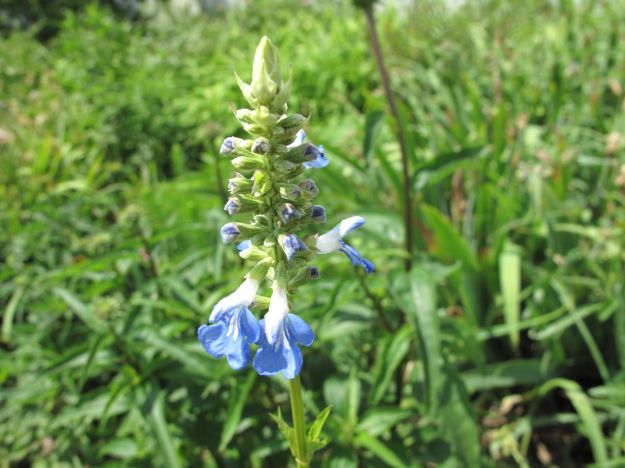 Liatris spicata ‘Alba’  is not quite open, but a little of the white flower is visible. The soft grass-like foliage provides a nice texture in the northern border.

One more newly opened flower today, a cheerful Leucanthemum x superbum (Shasta Daisy). There are many large clumps of this herbaceous perennial all around the garden, so soon this single blossom should have plenty of company.