The garden has been completely on auto-pilot for the past eight weeks. With July’s extreme heat and drought came parched plants and severe gardening lethargy. Then the months of August and September brought several important rains, and as is the way of gardens, this garden responded, sparking renewal in growth and interest.

Touring and taking inventory today it was impossible not to revel in the multitude of blooms.

A few days into September the gardenias began blooming again, putting on a more magnificent show than in early June when temperatures in the mid-nineties forced them to struggle. Now the air is filled with the lovely and unmistakable scent of gardenia. 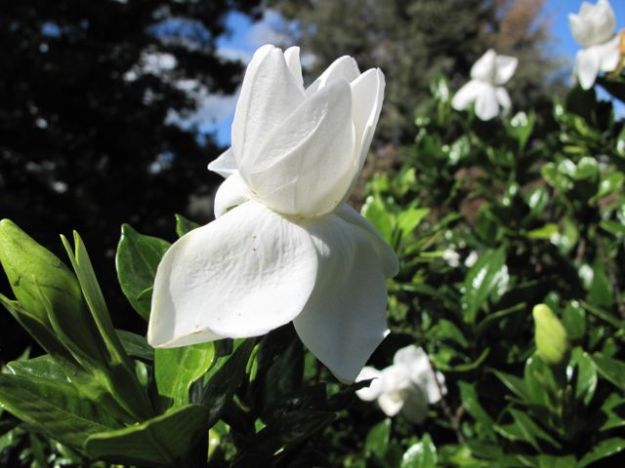 The Orange Canna adds height and interest to the east end of the side garden. Throughout July the canna’s blossoms wilted almost immediately. Today its elegant blossom brightens this space again.

A few Shasta Daisy flowers continue to bloom in different spots around the garden.  The divisions transplanted in early Spring are healthy. 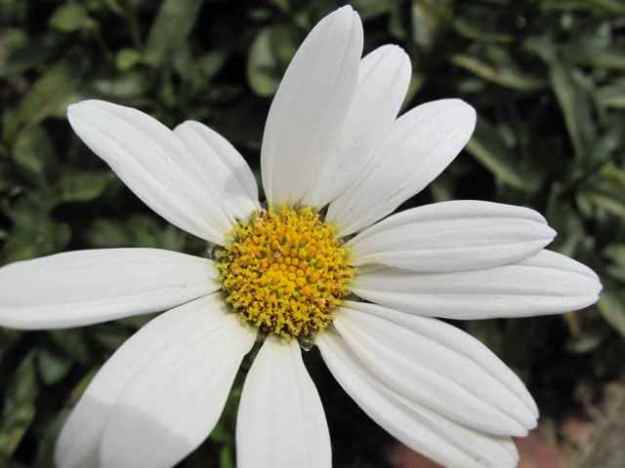 It was a treat to discover the Jackmani Clematis in bloom today.  This is unusual for this garden. Again the rain seems to have made the difference.

The lantana has been in this garden for ten years.  It performed beautifully this year, one of those plants that does not mind the heat.

The flowers in the meditation circle have held up well throughout the entire summer. The marigolds and angelonia withstand the heat and humidity brilliantly. Both have spread beyond the 12-inch allotment of space between the stepping stones, but an occasional shearing works to restore order to the labyrinth and yields long-lasting bouquets to bring inside.

The perennials in the circle, candytuft, thyme and penstemon, all performed well and look healthy. Between the two types of penstemon (Beardtongue), Penstemon Digitalis ‘Husker Red’ is the preferred choice. The 18 ‘Pikes Peak Purple’ Penstemons (foreground) have done fine but are more scraggly and flowers are not very showy–fine in their own right but not great accents for the labyrinth in the meditation circle. 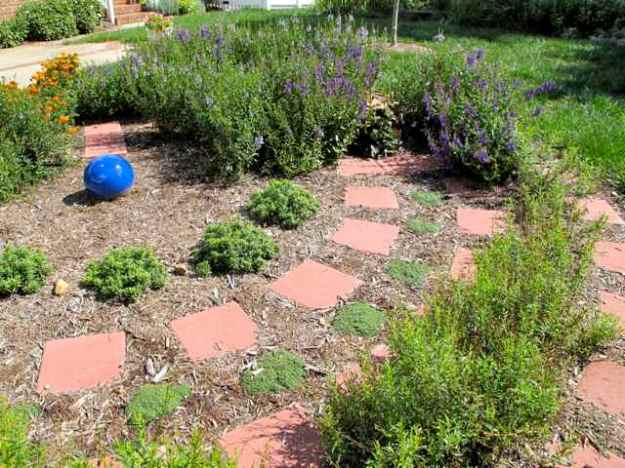 Many more flowers deserve mention today so this post will be continued later.  For a last glimpse at the garden today, here is Salvia ‘Blue Sky.’  This was brought from a former garden ten years ago. It is particularly lovely this year.

1 thought on “Blooming In Mid-September”